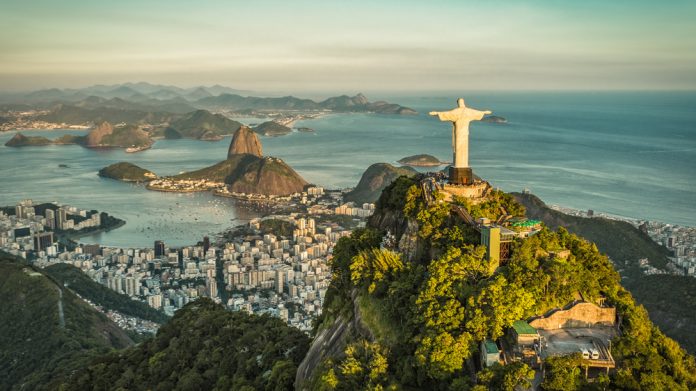 A prominent Brazilian politician is pushing for a pared-backed casino and online regulation as a means of moving forward with the country’s beleaguered gaming bill. Meanwhile, illegal operators continue to thrive in the market with one enterprising firm developing its own betting lottery in the run-up to the World Cup.

The Brazilian government may consider limiting gambling expansion to online and land-based casinos in order to push through delayed regulation. President of the country’s Chamber of Deputies, Rodrigo Maia, proposed the limitation as a means of achieving legislative approval before the governmental session expires on July 17.

In a meeting of tourism officials held in Rio de Janeiro this May, Maia stated that Brazil was “losing money” to internationally licensed sites already serving the country’s market. He told officials that he wanted to “present a project to regulate casinos and online gambling” in order to break the current deadlock on legislation.

Reporting of Maia’s recent comments follows the March decision to remove allowances included in a Ministry of Tourism reform proposal, which would have allowed for a purely casino-based market in Rio de Janeiro and Sao Paulo.

Maia has repeatedly campaigned for a more streamlined approach to legislation, stating in January of this year that, out of all the possible gambling options, casino gaming should be considered “the most important one.”

Though Maia has focused the proposal on the potential revenue the federal and state offices are currently foregoing, opposition may come not from the government, but from gambling supporters.

Fellow Deputy Joao Carlos Bacelar responded by claiming the reduced plan “will produce only 20k jobs in the country,” and would continue to oppose a limited regulation until “we know the whole content of the matter”.

While politicians continue to stall, however, some of the operators currently dominating Brazil’s unregulated market are finding ways to offer an even greater range of verticals to punters.

Last month, Brazil’s O Globo newspaper reported that the black-market operators of Brazil’s popular ‘Jogo do Bicho’ lottery game had created a similar sports betting product to take advantage of the growing excitement around the 2018 World Cup. Their Lotto do Bicho (‘animal lottery’) offers punters a list of football fixtures on which they can place parlay- style bets on either one overall winner or the match ending in a draw, with their preferences and wager amounts registered on electronic card readers.

Unlicensed ‘Jogo do Bicho’ games have been a thorn in the side of the state-run lottery operator Caixa Economica Federal for several years, but now it seems unlicensed operators are encroaching on CEF’s territory even further with a product to rival the monopoly’s own sports lottery.

Brazil is heading to the ballot box this October, and there has been a suggestion that pro-gambling Maia is set to be a presidential hopeful in these upcoming general elections. But with continued headwinds from Brazil’s powerful Catholic clergy and warring stakeholders causing confusion in the legislature, it is unclear if this would genuinely smooth the way for any form of gambling expansion bill.