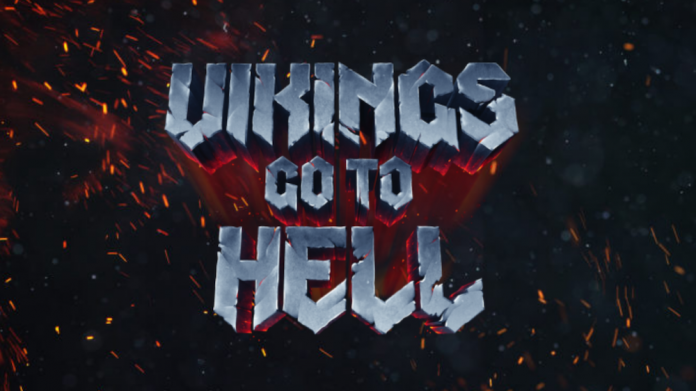 With the launch of Yggdrasil’s most sophisticated slot to date, Vikings Go to Hell, head of slots Jonas Strandman explains how “bigger and better” is written into the company’s DNA

JONAS STRANDMAN: We’ve always strived to have the right person in the right position. Everyone should be doing what they are the best at, and every task should be handled by one of the best at that task. If in the beginning that meant the need for a smaller group of multi- skilled specialists, then in the last couple of years our team has quadrupled and instead a small team of generalists, we now have a larger team of experts. So now we have gathered the best of the best in game mechanics, design, art and front-end execution and have strong, generalist game producers to oversee the work of these experts to ensure everyone follows the same vision. Restructuring the organisation in that way has allowed us to stick to Yggdrasil’s original philosophy, but at the same time guarantee that our products grow bigger and better together with the organisation.

iGT: Everyone in the industry will already be familiar with Vikings Go To Hell, as it formed the theme of your stand at ICE 2018. Why is this the most important release for you guys this year?

JS: The Vikings series comes with certain expectations. The first two titles are among the Yggdrasil’s best performing slots of all time, so Vikings Go To Hell has a lot to live up to. Fans are now invested in these characters, and they expect an adventure even more exciting than previous outings. The same goes for operators, who have witnessed first-hand what fantastic performers the previous Vikings games have been are waiting on the next Yggdrasil blockbuster. It may be a lot of pressure, but this is what Yggdrasilians thrive on.

iGT: Vikings Go to Hell is the third instalment of your Vikings series. How have you developed the theme this time?

JS: We have not rested on our laurels with this title. It has a different profile to the previous Vikings games, with higher variance and bigger win potential. The second level of free spins gives the player a goal to chase, while the fight feature can now also activate in the base game.

The characters are more mature and badass. The game was art directed by the same person as the previous games in the series, which means that even with all the new features, we have maintained continuity.

iGT: It’s fair to say the graphics are of an order not seen before in slot game. How important is this aspect of the game, and how have you achieved it?

JS: We always take art very seriously, and we have assembled a world class creative team which puts us in the position to develop games that are, in our view, the very best in the industry from a graphical perspective. The art team obviously also follows the principle of right person in the right position.

We have made it clear from the outset that we want to constantly push boundaries with what is possible in online slots, and that includes a graphical experience that matches AAA quality console titles. From the cinematic trailer through to the actual gameplay, we’ve created a title that sets a new bar.