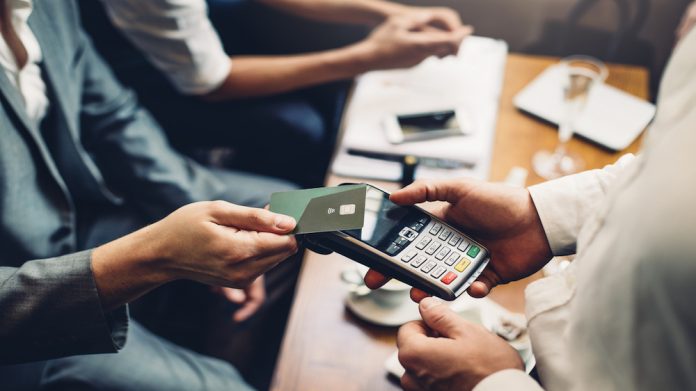 The shift towards ‘frictionless’ payments – i.e. invisible transactions that take place ‘behind the scenes’ in apps – is being held back by UK consumer concerns over security and data privacy, according to new research conducted by the payments specialists, Paysafe.

The research shows over half of UK consumers cite fraud as the biggest barrier to using them, with 43 percent expressing concerns around the use of their data. Two-thirds of British consumers (67 percent) think voice-activated systems are not secure and 69 percent worry about being overcharged if they used this type of service.

Meanwhile, other emerging payment methods are polarising consumer opinion – 39 percent of the UK public would let fridges automatically re-order food, but 43 percent don’t expect to adopt the technology in the next two to three years.

The report, called Lost in Transaction: Payment Trends 2018, is an international research study investigating consumer attitudes to new and traditional payment methods. The research incorporates consumer views from the UK, US, Canada, Germany and Austria, and draws comparisons with Paysafe’s inaugural Lost in Transaction report in 2017.

Perhaps surprisingly, cash continues to thrive as the most common form of payment: 88 percent of consumers used it in the past month to make a purchase. ATM visits were up too – 89 percent had visited one in the last month compared to 84 percent in 2017. Yet, as contactless has expanded, 62 percent of UK consumers carry less cash than a year ago, falling from an average of £33 last year to £21 in 2018.

However, even if people are carrying less physical cash, they are finding other ways to keep cash at the forefront in the overall mix. While the UK has the highest adoption of contactless, in Austria and Germany, cash replacement systems are being used by 12 percent and 9 percent of respondents respectively; and in North America, prepaid cards are the most popular cash alternative, used by 18 percent of Canadians and 16 percent of Americans respectively.

Commenting on the research, Oscar Nieboer, Chief Marketing Officer, Paysafe Group, said: “Despite the apparent benefits of low-friction payment technologies, these findings suggest many consumers aren’t ready to lose visibility of the payment process. It’s clear that the benefits are not unilaterally agreed upon, with cultural and infrastructure trends at play, and it may be some time before adoption is widespread. In the meantime, there’s a need to continue servicing the cash consumer, as well as providing options for contactless payments as the UK is so advanced in this area of payments compared to other countries.”

The report also highlights the growth of digital wallets: 61 percent of UK respondents had used one for an online purchase in the past month – more than either credit or debit cards. Digital wallet usage averaged 50 percent globally and ranged from 39 percent in the US to a high of 61 percent here in the UK.

But when it comes to fraud, the report highlighted a convenience versus risk paradox and a geographical split in how fraud impacts payment behaviour locally:

· 65 percent of Britons and 70 percent of Americans believe online fraud is inevitable, but only 28 percent of Germans and 26 percent of Austrians hold the same view;

· More consumers in Germany and Austria choose to pay by invoice rather than debit card. 55 percent of Austrians and 49 percent of Germans say it feels safer.

Nieboer adds: “If retailers, merchants and payments companies want to disrupt the old way of doing things they must make all underlying processes feel secure. Consumers want convenience, but they want protection too. They are making sensible choices when it comes to security and are willing to change what they’re used to ensure they’re not at risk of fraud. For instance, nearly four in five Britons prioritise the use of a website that already has their payment details – the highest amongst the countries surveyed in this report.”

To read the full report, which includes comparisons between consumer attitudes to online shopping, payment habits, cash, frictionless payments and perceptions of security and fraud in the UK, US, Canada, Germany and Austria, click here.