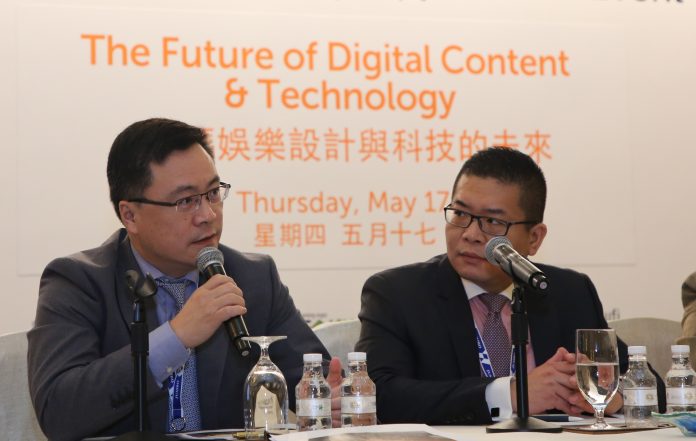 Gaming experts at G2E Asia discuss the phenomenal rise of social gaming in Asia, and the various approaches states are taking to understand, encourage or inhibit its appeal.

The immense popularity of social gaming is starting to raise eyebrows in Asia. Whether driven by concern, curiosity or commercial opportunity, states are adopting a variety of stances.

Crudely understood as non-money gaming, players routinely pay-to-play social games – they can’t win money, but can win points to carry on playing – already generating a multi-billion dollar sector in Asia, through this one format alone.

However, the ability to buy-in and cash-out points with third-party vendors outside of the game can blur the distinction between gaming and gambling, leaving many watchdogs unsure how to approach this already ubiquitous phenomenon.

Harmen Brenninkmeijer, founder of Dynamic Partners, notes that social gaming, in its purest form, is the natural online expression of an embedded community culture in Asia, of which gaming has always played fundamental role. It’s little wonder social gaming is everywhere.

“If you look at the big tech companies – Tencent, Alibaba and so on – far more games are being offered in Asia than by an average European telecoms company,” says Brenninkmeijer.

“In-store loyalty coupons are also much bigger in Asia, and when you look at marketing here, a lot of that happens through games and quizzes that attract people’s interests. It’s an inherent part of the culture.”

Social gaming is currently legal everywhere in Asia, as long as there’s no prize money involved.

“But the problem is, in China and in general, people will always find a way to buy and sell points,” he adds. “So there’s an underground economy that always gets generated.”

Taiwan has taken an opportunistic approach. A court judge recently ruled that as social gaming operators were separate from the third party “coin vendors” that cash-in points, there was nothing in Taiwanese law that could prohibit social game providers. A thriving sector of both players and providers has since been able to flourish there – offering huge economic benefits.

A similar situation persists in Japan, but is being monitored closely. Pachinko is essentially the land-based father of social gaming – players buy tokens, win tokens and cash them in with a third-party. It’s not technically gambling in Japan, but at $200bn a year it constitutes the largest gaming market in the world. Increasingly sales are moving online.

“This is the trend in Japan,” said Ayako Nakayama, executive director at the Japan IR Association. “Everyone has a smartphone and many people play social games online. It’s easy to buy, and easy to convert into cash. But it’s another aspect of the gaming industry that the government wishes to have more control over.”

“The government is very much aware of it, but sees it as entertainment – just kids playing games. But when they see the money coming in, and the gambling rings involved, they will look to regulate and control it.”

In China however, more ominous moves have already been made. In April Chinese officials informed that all Texas Hold’Em apps will be banned as a gambling product from 1 June.– a decision which has put much of the country’s social gaming sector in doubt.

“China is a unique market and the Chinese government’s regulatory position is even more unique,” said Michael Zhu, senior VP of international operations at the Innovation Group. “It’s very unfortunate for the industry to see this sudden and very firm ban.”

Even though only Texas Hold’Em was referred to in April, Zhu notes that everything poker related has already been taken down from the major app stores.

“It’s hard to quantify the dollar amount [of revenues affected] as its supposed to be social,” Zhu added. “But what’s more profound is the wider impact. If the government bans poker programs overnight, how can anyone predict what other social games will be banned? This has a huge impact on service providers and R&D departments.”

Operating without regulations may come with its perks, but the Chinese example shows how dangerous that can be. Although China’s poker ban came about after an expose on third-party vendors exchanging game-coins for cash, the government’s response was to change poker’s status from a game of skill to a game of chance – a distinction which could affect many other games.

A clear definition of what social gaming is and must be, would perhaps go some way to prevent such heavy-handed remedies.

“What should happen is that the coins people play with are disconnected from the points they win,” says Brenninkmeijer. “That way there is no secondary market. I’m the one that plays, then I’m the one that can win. That’s the distinction we need.”