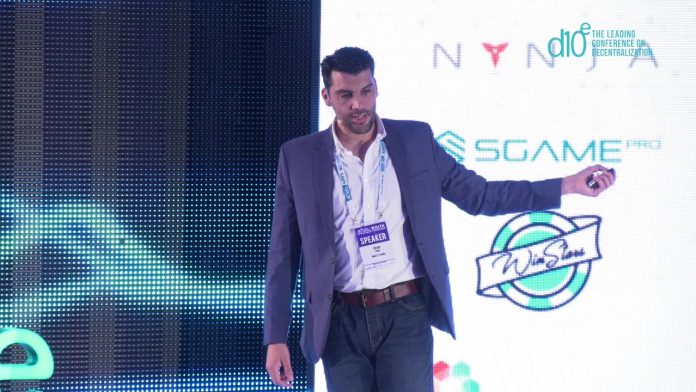 Johan Zammit, director of Netrefer and CEO of Smart Studios, explains what entrepreneurs should look out for, once the ICO celebrations are over, and implementation of that White Paper begins.

At $6.3bn the amount of capital raised through initial coin offerings (ICOs) was 18 percent larger in the first quarter of this year, than for the whole of 2017 – the supposed “year of the ICO”.

And 2018 has already seen at least 60 in the online gaming space alone. Despite suggestions that the ICO heydays are over, it appears entrepreneurs and investors still see a lot of merit in “tokenominics.”

Speaking at the d10e Conference in Malta from 20-22 May, director of performance marketing firm Netrefer and CEO of Smart Studios, Johan Zammit, highlights four key pitfalls firms should avoid – after they’ve pulled off a successful ICO.

“To have any successful venture in the crypto space you need three elements,” says Zammit. “You need a great idea, meticulous implementation, and super marketing.

Assuming businesses already have a great idea, and super marketing (and other standard essentials such a good lawyers; incorporation in a “reputable jurisdiction like Malta”; tax; banking; IP and so on) Zammit warns it’s the implementation of a white paper – after an ICO – that can often present stumbling blocks.

“Challenge One: Blockchain technology is in its infancy”

It’s tempting to focus only on the big names such as Ethereum, Neo or EOS. But in reality there are as many as 30 blockchains using smart contracts today, and that number is continuously growing.

“Don’t just go for the most popular,” Zammit advises. “Just because 75 percent of ICOs are built on Ethereum, doesn’t mean you should just jump on it. Do your homework work on them –  depending on their maturity, security, gas and speed – and match your requirements to the specifications of the blockchain you want to build on.”

This alone may seem a daunting decision, but you should really be planning, from day one, to build a decentrlaised business that is “blockchain agnostic”, says Zammit.

Part of the appeal of blockchain is its inherent trustability, but part of that trust comes from the fact that it is a closed ecosystem, and smart contracts are closed programmes that run on that system.

The problem this presents is connecting smart contracts to external data. If you provide data from outside – say if your smart contract needs to say if it will be sunny tomorrow –  how can that data be trusted, in the same way you trust the blockchain?

The solution is Oracles. The way Oracles work is by providing you with “multiple incentivised independent tamper-proof sources of data,” Zammit explains. And given these sources are usually rated, you can make a decision on whether it will be sunny or not “based on the collective data”, without compromising the trust of your ecosystem.

“Challenge Three: The Blockchain is immutable”

Another advantage of the blockchain and smart contracts, is their “immutability”.

“This is a big plus for a decentralised environment,” he reminds. However, “nothing goes right first time.” This immutability can cause major problems if you want to go back and change something, in the logic of the contract, that you only realise later.

“The solution is, from day one, to build your smart contracts within an architecture that is upgradable”.

Either you build a proxy in front on your smart contracts – so you can make multiple versions of the smart contracts, and the proxy knows which one is the latest version.

“If we have new piece of logic and want to change it, we just update the logic, and leave the data smart contract as it was.”

“Noone wants to end up in the papers for the wrong reasons” says Zammit. “We don’t want to be the next DAO and have our smart contracts hacked.”

The best way of dealing with this challenge? Comprehensive smart contract auditing.

Various external companies will audit your smart contracts. Following protocols they can uncover security flaws, check their gas usage, non-adherence to standards and give you a report from which you can make the relevant improvements.

Once businesses have secured their ICO, Zammit reminds that firms should first make sure they have all the basics – marketing, lawyers, banking etc – already firmly in place. Then give special attention to implementation.

“One: aim to be blockchain agnostic. Two: put in a plan for Oracles, because you will need data. Three, plan your smart contracts to be updatable from day one.

“And last but not least: every time you make an update to your production environment, make sure you get an external company to audit your smart contracts.”