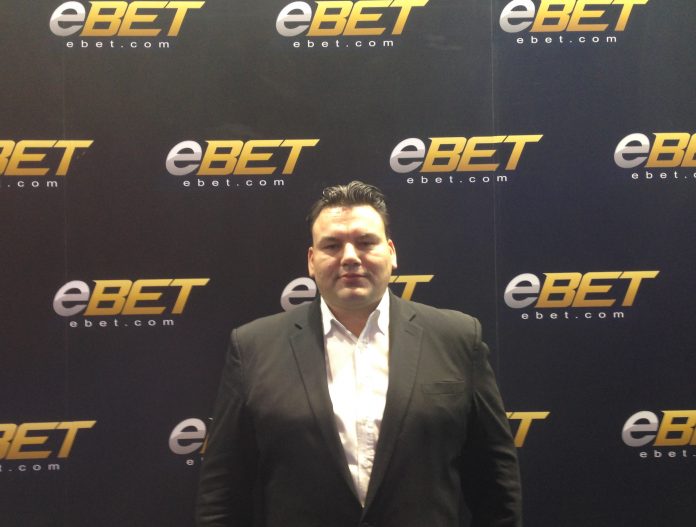 Evan Spytma, CEO of eBET, explains that building the business around the mobile phone has enabled a super-light solution that thrives in developing and data-restricted markets.

Pre-empting the smartphone revolution, eBET established itself in 2012 as a mobile-only gaming provider, predominantly targeting the Asian player.

Six years later, when every other igaming firm has (or is now scrambling to) become mobile-friendly, both eBET and its partners are still reaping the benefits of this shrewd decision.

A veteran in the video gaming industry himself, CEO Evan Spytma has been working in Asia’s mobile sector for some 15 years already. Marking a smooth transition through social gaming to the booming live dealer sector, he joined eBet in the spring last year, before formally assuming the role of chief executive on 1 January.

His plans for the company are predominantly to expand into new markets, where eBet’s inherent strengths will be most valued. As a mobile-first and data-efficient product, he says that tends to be developing markets.

“Traditionally when people think of eBET they think of one market in Asia. But now we’re expanding beyond that,” Spytma discloses.

“In the last few years we’ve seen a growing demand in Southeast Asia, and actually that’s where we thrive – mobile markets.

“Countries where people are getting the gaming experience primarily on their phone, where they’re data constricted, and even where wifi is pretty slow, that’s where a light mobile product –  that was designed originally to be a mobile product – excels.”

Compared to its competitors, eBET’s mobile games are around six times lighter – “but the quality of the stream is crystal clear.”

eBet achieves this through compression technologies, but explains that you can’t simply compress a game for mobile, that was originally made for PC.

“It has to be built originally for mobile, that’s the trick,” he assures. “You can’t switch it to a mobile product with the back-end for a PC – it’s very difficult. That’s a legacy that a lot of other companies have in this industry. We don’t.”

Spytma also plans to “double-down” on eBet’s R&D investment to acquire and retain players, an area where his “traditional background comes into play.”

“There’s a lot of key learning in the video games industry, that has much larger sampling of players, where we understand what retains players, what features make a game sticky,” he explains. “That experience will help add to retention and engagement, which in the end is what the operator is after.”

In blockchain too eBET is pioneering, launching a series of blockchain-adapted table games through the course of the year – the first of which is Blockchain Baccarat.

“The traditional games in the industry are there, but we ask ourselves what creative spins we could be doing that are more in line with the psyche of the players.”

In Baccarat for example, a bet generally only takes place when players see a ‘trend’ – but operators “don’t necessarily like to wait for a trend to develop”, he points out.

“So we’ve taken the results of 100 tables, 50 hands per table, and put them all on blockchain, so players can see all the trends develop, secure the hands they want, and then bet on them, when they want.”

Notwithstanding, being on the blockchain has the added appeal of being totally secure and transparent – something Spytma claims Asian players are already aware of, and already appreciate.

“We’ve got a great brand behind us, so players know our bets are fair. The blockchain just takes that transparency one level further.”