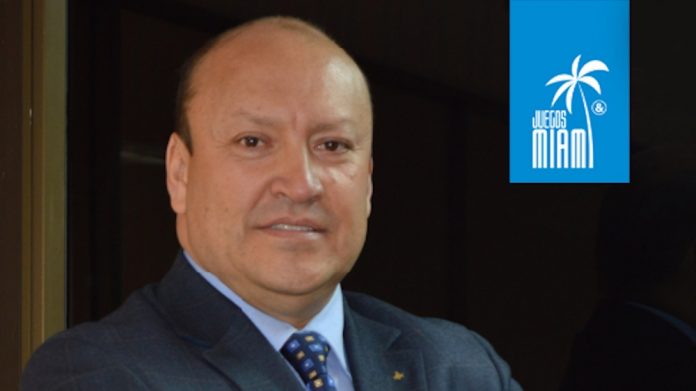 The Colombian market will take centre stage at this year’s Juegos Miami, the unique C-Level event for the Pan Latin American and Caribbean gaming industry (May 30 – June 1, Biltmore Hotel, Miami), with the conference organiser’s, Clarion Gaming, set to present the country with the title Jurisdiction of the Year.

In addition to the award, Liliana Viveros, Head of New Business at Coljuegos, a key regulator from the region will be taking part in a Country Roundtable focussing on the country’s position on day one of the event alongside two separate streams focusing on the successes and regulatory steps which have taken place in Colombia over the past year.

Commenting on the title being bestowed on his home country, Evert Montero, Juegos Miam’s non-executive Chairman and President of Colombian trade body, Fecoljuegos, said: “I am very honoured by the recognition that has been given to Colombia by asking me to participate as President of Juegos Miami, it is a very important recognition for me as the President of Fecoljuegos, for the association, and for the Colombian gaming sector on the whole, as it is the perfect opportunity to show how great our country is and the strengths of the region. Our intention at Juegos Miami is to explain what is happening in Colombia, to show the country’s opportunities and share the experiences that we are living at the moment, especially as Colombia recently regulated online gaming, and was a pioneer in doing so.”

He continued: “The main objective is for Juegos Miami to become a space for reflection and analysis of what’s going on in Latin American gaming industry. Although the event is already internationally important, my goal is for it to become even stronger, and for Colombia to play a key role in its development.”

Commenting on Colombia’s unique position in Latin America, WPlay’s Julio Tamayo, explained: “The Colombia case is regarded as a success and having been the first Latin American country to regulate online bets, together with the fact that WPlay.co was the first operator to obtain a contract from Coljuegos, this will be hugely relevant at Juegos Miami. This is a historic milestone in the legal transition and institutional acceptance of online gaming.”

Echoing the importance of Colombia’s role in the future of the region, Rodrigo Afanador, CEO of The Vicca Group who is also speaking on a panel titled How to Improve the Relationship Between the Gaming and Financial Sector at Juegos Miami, explained: “I think that that the experience of the online gaming regulation in Colombia will show the way for countries like Brazil, Argentina, Peru and Chile to focus their efforts in order to create regulations that are suitable for their own markets. Colombia’s case is an important reference and it is also crucial to bear in mind that each market and each country has different cultural approaches and different specific realities.”

To apply for a place at Juegos Miami, which last year attracted exhibitors and representatives from a total of 44 countries, register at www.juegosmiami.com.