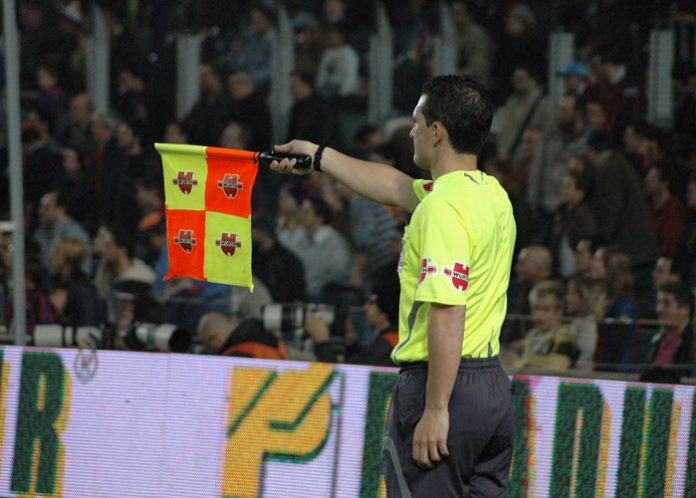 Match-fixing can and does happen at every level of football, says Jake Marsh, head of integrity operations at the Perform Group. And even three billion pairs of eyes won’t necessarily be enough to deter the most opportunistic conspirators at this summer’s World Cup.

iGAMING TIMES: How much of a concern is match-fixing at this year’s World Cup?

JAKE MARSH: Match-fixing will not be considered a high risk by many at this year’s World Cup but it should not be assumed a World Cup game would never be targeted or successfully manipulated. The tournament is not completely risk-free even with the high-profile coverage and level of players involved and it is known that previous World Cups have been targeted by match-fixers. FIFA will be taking their own steps to ensure the integrity of the tournament and at Perform we will be working with global betting operators and our in-house monitoring systems as usual to keep an eye on the integrity of the betting markets.

It would be negligent to assume any tournament is risk-free and the World Cup has had integrity issues in qualifying matches in recent times. A referee’s lifetime ban for fixing a World Cup Qualifier in 2016 was upheld in 2018 and recently the El Salvador head coach was found to have breached anti-corruption rules in relation to another World Cup Qualifier in 2016. In May 2018, Saudi Arabia  banned referee Fahad Al Mirdasi from football for life for a match-fixing attempt, only weeks before he was due to fly to Russia to officiate at the 2018 World Cup. He had confessed to directly making an offer to one of the clubs in this season’s King’s Cup final to fix it in their favour. The club reported him to the governing body immediately.

iGT: What kinds of organisations/actors are typically behind match-fixing incidents?

There are many different models and modus operandi for a match-fixer to take. It will depend on their means not only financially but also their ability to get the bets on and to go undetected. There may sometimes be opportunists linked to players who look to conduct a short-term or one-off fixing operation and then there are more sophisticated groups that will often finance a match-fixing project, enter a country, obtain and train local assistance, target players or referees and then leave the country.

We are aware of investment groups that have taken a longer-term view and targeted football clubs in financial trouble in order to take control not only of the finances but also player transfers and selection. This is typically at the lower levels of professional football where matches are not always monitored in the same way and do not have the extra deterrence of TV coverage or high fan attendance. Unfortunately, this ‘business’ approach to match-fixing has caused quite a few problems in football in recent years.

iGT: What are most common forms that match-fixing takes in international football today – ie which in-play events are typically fixed, and how is the fixing achieved?

If a match is going to be fixed by a referee then you will often see wrong on-field decisions such as overruling his assistants’ offside calls or awarding dubious penalties, often very late in the game. This is invariably in connection with a fix in the Total Goals markets. The case involving the referee, Joseph Lamptey, in the World Cup qualifying match South Africa vs Senegal on 12 November 2016, is a good example of this and where several betting operators made FIFA aware that the result of the match may have been influenced due to irregular and suspicious live betting activities that had occurred. In other instances, it may simply be on the result, particularly the more lucrative exact score although this outcome is more difficult to pull-off of course.

The fixing may take the form of simple instructions say to the referee or a defender/goalkeeper on one team to ensure there are a certain number of goals. This may lead to bizarre decisions from match officials to try and ensure the required result or equally bizarre playing decisions by players such as clear lack of effort, deliberate fouls in dangerous areas, or deliberate own goals. At Perform, we have seen all of these in recent years.

WATCH: Video of a Serbian referee awarding a penalty that is beyond bizarre! The referee has since been arrested by the Serbian police on match fixing charges.

iGT: How are cases normally detected?

Match-fixing at any level is usually, and best, detected and proven by a combination of sources working together in order to challenge and corroborate evidence. Many match-fixing conspiracies are often detected through whistleblowing or initial integrity concerns that law enforcement then take onboard and investigate with the resources at their disposal such as technical surveillance, or stem from law enforcement investigations into organised crime that uncover match-fixing elements to a crime group’s activities.

Betting monitoring systems are being used more and more by sports governing bodies to effectively identify unusual activity in betting markets, but even these systems need to be supported by evidence from betting operators, who can provide the type of account level information that can prove critical in proving links between co-conspirators and not just highlighting the irregularity of betting markets.

In summary, like any regulatory or criminal investigation, especially a multi-jurisdictional one such as match-fixing there needs to be sincere collaboration among stakeholders to obtain robust evidence. Betting monitoring systems, such as the one we use at Perform, can be a great tool in the armoury of governing bodies in the fight against match-fixing. However, if sport is to stand a chance in this fight at a deeper level then sport and governments can’t rely on these systems alone to identify and prosecute those within sport but more importantly those outside it who are often behind the fix and too often walk away without any action being taken against them.

iGT: Does the reputation or level of infrastructure of the host nation ever raise the threat (perceived or real) that match-fixing will take place?

It isn’t the reputation or level of infrastructure as such but more often the culture of governance and the anti-corruption stance within a country. Good governance flows top down and if there is not a high threshold against corruption then it may be that the culture of sport governance will not be high either. This argument has its proponents and detractors in the field of match-fixing.

What is clear is that there are several examples of countries with poor records on corruption and concomitant economic problems where match-fixing has flourished. Having said this, while match-fixing has also occurred in what would be described as stable jurisdictions – well-regulated jurisdictions with effective regulatory structures and engaged law enforcement will help mitigate the risks posed.

This is a transnational crime based on opportunity, as with any criminal enterprise, and those who conspire to commit match-fixing aren’t necessarily concerned with the jurisdictions or its socio-economic characteristics but the opportunities around it, chances of getting caught, and existing leverage or routes in they may have with vulnerable participants (players, officials, administrators or even owners) there already.