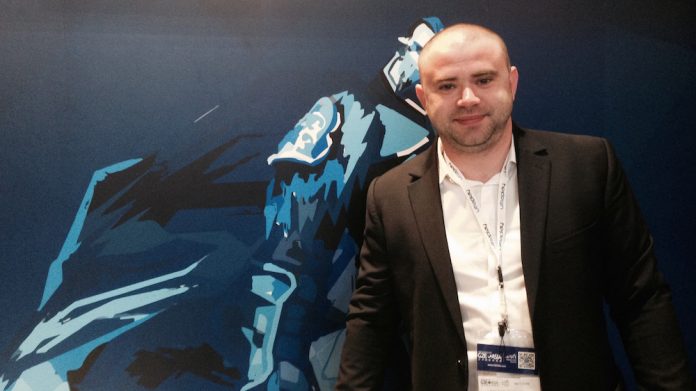 iGAMING TIMES: What have been the main highlights for UltraPlay in the last year?

MARIO OVCHAROV: We’ve launched our new front-end this year, which is built entirely on React. It’s very light and one of the most modern front-end technologies.

We also expanded our sports product, in terms of creating our US sports trading team. We’ve achieved many of the milestones we had on our platform, as well as our marketing strategy. So it’s been a fruitful year for us, and our customers too. We hope this year will be the same.

iGT: You also launched your own cryptocurrency, eGold, about six months ago. How is that developing?

MO: It’s going very well. As you say eGold is a token of our own that can be utilized specifically for betting. It’s basically a utility currency that can serve as an incentive, or a quick payment method, and can be traded on any exchange.

So we’ve been pushing it in all the right directions: it’s been integrated, it has a dedicated wallet, and we have even discussed a potential merge with an existing token that’s more about the security function.

iGT: Would you say you’ve reached a phase now that’s more about refining what you do rather than branching out into new sectors?

MO: Exactly. We don’t want to expand into any fields which we don’t feel are our own. So we’re sticking to our sports product, and esports of course. We’ve integrated a big aggregator which has about 40-50 providers, so it’s available to our customers if they want it. But we wouldn’t promote ourselves as a casino platform. It would say it’s more of a complement for anyone who wants to have a fuller or bigger site.

iGT: With the Supreme Court repealing the betting ban just yesterday, what are your hopes for involvement in new US markets?

MO: We’ve positioned ourselves with some strong partners there already so we’re looking forward to that a lot. The US has been a dream for everybody in the industry, and it’s a dream of our own as well.

But the big questions are still around who will get the licenses, and which big European names will get in there.
The word, for now, is that the states will tend to trust those people they already work within this area, rather than new firms coming in for a licence, especially in the online area. There are so many unknowns such as KYC and money laundering. So my opinion is they’ll rather go with the casino brands they already know and trust. But we’ll see. There may be some more open-minded states, perhaps.

We’ll definitely be looking more for the fresher and newer companies to work with. I’m hoping there won’t just be the big names getting in, even if it’s in a year or so.

iGT: You also took over as CEO this year. Do you have any plans to take the company in a new direction?

MO: To be honest we all have the same mindset, the same strategy, and business intelligence, so we’re just going to carry on following that while always becoming more competitive. But we also want to find our place in other markets.

Right now we’re pretty much Asia and Europe. We have some things going on in Africa – of course, the US is interesting – but were also looking at things in Australia, which is a bit tricky. South East Asia, has been developing quite well and also has huge potential in eSports. They have many leagues of their own and the audience is growing every day.

Meanwhile, one of our bigger partners in Latin America is making ground in some of the bigger and more developed countries: Brazil, Argentina, and Colombia. So, we’ll have something for them in the near future.