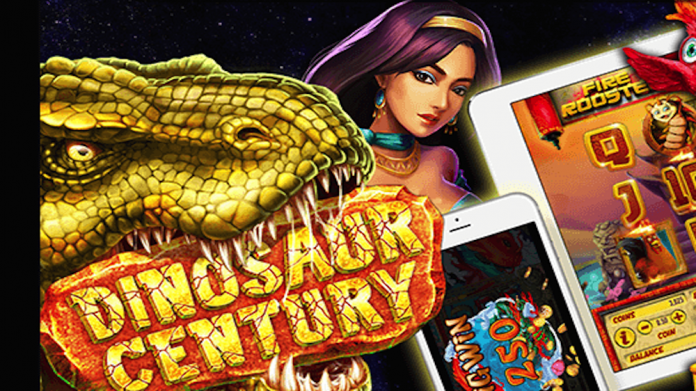 Malaysia-based Vela Gaming was championing genuine innovation at G2E Asia, with a portfolio of potential game-changers for both land-based and online sectors.

When times are good, it’s said innovation can often be the first victim of success. With gaming growth soaring both on and offline in Asia, the G2E Asia expo had grown with it. But beyond a myriad of new brands on the floor, it’s fair to say there wasn’t as much in the way of truly new product.

For Danny Too, director of Malaysia-based Vela Gaming, this is a wrong he’s determined to right.

Taking the limelight at Vela’s stand this year was an innovation for land-based gaming – a “Mobile In Mobile Out” application for standing terminals.

Mobile In Mobile Out allows (or the satisfyingly simplified MI-MO) enabled players to freeze a session mid-game, and send that status directly onto their mobile.

Players can pause the game, print a ticket with a unique code, which can they either be simply inserted into another machine, maybe in an hour or two, or even on their next trip to the venue. Alternatively they can scan the ticket’s code using the camera on their mobile device and carry on playing, where ever the local regulator permits them to.

“It’s incredibly simple to use, but we think we’ve create something completely new here,” says Too. “We’re just trying to help the player feel more comfortable. If they’re too stressed looking at the screen, they can lie down and play on the tablet.”

Of course he’s trumped the regulator here in Macau, which is yet to open licensing for mobile products, even within casino grounds.

“But there are other places where this would already be allowed. Cruise ships, for example,” Too suggests. “But any market who is willing to try out this thing, why not?”

In online gaming Vela has made a name for itself as one of the fastest turnkey solutions in the region. With more and more operators looking to get in on the iGaming action, Vela is able to take a new client from an interest to a functioning business in less than one week.

“All the games are there, you just need to download it. We can customise the platform according to what the customers need, or you simply integrate the games into your platform, and you’re ready to do business.”

Vela can also customise each game to the cultural specifications of any client, a service which has proved extremely popular in Asia’s patchwork of iconography and superstitions.

“If you’re targeting Cambodia, we can design a theme around Angkor Wat, for example. But it’s very important to get the details right.

Certain types of dragons and the colour red, can be very auspicious, he explains, whereas as black is often seen as unlucky. Such nuances are routinely the difference between success and failure in certain markets.

But whatever clients require, “the whole process is extremely quick,” he adds. “We’re not a giant company with many layers of approval. We are young, independent and aggressive and we can move at a much faster pace.”

Unbridled by skepticism, Vela has also developed a blockchain solution that can work across both land-based and online sectors. In physical casinos, he can create an in-house currency that reduces security risks during transportation of cash, even across borders. The same logic can be applied online, he says, to reduce fraud and improve transparency that Asian players appreciate.

Too concedes that older generations, whether they’re consumers or operators themselves, may still not be aware of things like blockchain – but assures me this innovative spirit is what will capture those elusive millennials.

“For younger players, blockchain is already a selling point,” Too claims. “Our team knows this because they’re very young themselves. All of them are in their 20s; they’re all academics, fresh out of university and not traditionally from the gaming industry.

“So they’re not conditioned by what the industry assumes ‘cannot be done’. In fact, they’re always looking for something different – that oom-factor.”