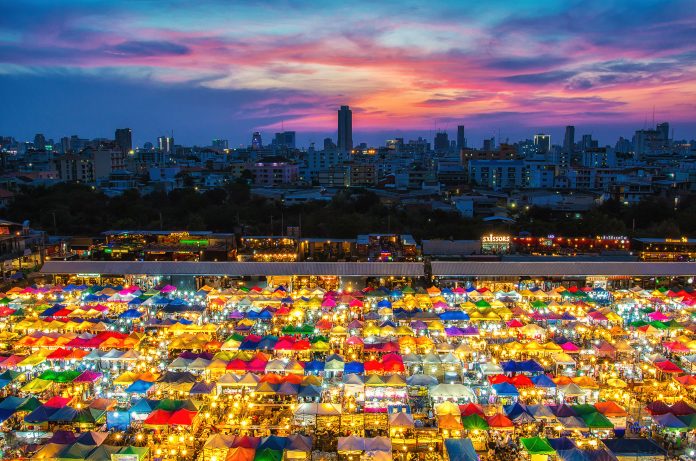 Jonas Alm, CEO and founder of Asia’s fastest growing games distributor, QTech Games, discusses the challenges of capturing players from across the spectrum of demographics, cultures and regulatory climates.

iGAMING TIMES: How would you describe the current operating environment in Asia’s online and mobile gaming sector, and how easy is it for B2C firms to get a foothold?

JONAS ALM: “Crowded” would be one word. However, it’s a bustling bazaar out here with good reason – full of innovation, activity, and growth. The challenge, of course, for any B2C venture is getting heard above the white noise of this congested marketplace, and staying positively delineated from the competition. And that’s a progressively problematic feat to achieve amongst a sea of games, whose superficial aesthetics can appear quite similar to the player. Unsurprisingly, given its sprawling size and scope, Asia is the most difficult continent for operators to navigate. Prevalent regulation is arriving, and with a tech-savvy consumer base boasting a voracious passion for gaming and gambling, it’s in the authorities’ best interests to get the licensing laws right in emerging and newly regulating markets. Uncertainty and competition have understandably led to some operators delaying their approach to market. However, with a sensible strategy and mobile growth in Asian gaming outstripping even our wildest expectations at QTech Games, now is the time to strike.

iGT: Where do you see the most growth coming from in the next five years?

With the patchwork multiplicity of Asia as a whole, not to mention its 4.5 billion population, absolute predictions are for the birds. That said, it’s impossible to ignore India’s ramping market, in which we’re presently witnessing the greatest surge in both interest and opportunity. Slots are perennially popular, but it is table games that are proving the definitive driver. As with any Asian territory, it’s crucial to frame a progressive portfolio of games which can speak to cultural taste and practical regulation. The subcontinent is no different in this domain. Elsewhere, South Korea and Japan are two further contenders who have pulled up a chair at Asian gaming’s high table in recent years. However, the fragmentation of Asia for game design and regional differences (be they the result of player preference or regulatory requirements) can always surprise. QT Play, our new game-changing recommendation engine, now harnesses the capacity to distil this Pan-Asian variety, and parcellate it according to user choice or respective market conditions.

iGT: Cambodia specifically has been making headlines in gaming media recently, as a budding rival to the offshore jurisdiction of the Philippines. Do you expect Cambodia to play a more formative role in the region’s online growth?

It’s not a territory in which we’re currently majoring, but the igaming market in Cambodia is certainly thriving of late – and, as you say, it’s been grabbing its fair share of headlines. Although not always for the right reasons! Back in 2015, the government began granting licences to the country’s casinos to run online platforms. Online betting and gaming became available at casino resorts, above all enticing many Chinese, who were barred from gambling in their native country. And the growth has quickly escalated from these embryonic origins. As I mentioned earlier, lawmakers’ attention to establishing the best regulatory and licensing environment is in their own best interests. Regulation in the local market invariably results in a huge tax windfall to government coffers from an eager audience who love everything from table games to football betting. Cambodia is no different in that regard, and its ostensibly cordial diplomatic ties with the Philippines these days have facilitated the process. We’ll have to see if a friendly rivalry can prevail!

iGT: On the regulatory front, most expect there to be only piecemeal change (if any) in the next few years. Which markets are moving in the right direction for the online sector, and which are in danger of turning black?

I’d agree with that piecemeal assessment. While I’ll leave the specific prognostications to others, I would simply suggest that, rather than outlaw betting and gaming amongst consumers primed to engage, governments should realise that the opportunity to regulate any existing market, benefitting from the ensuing taxation, is a chance not to be dismissed. The pluses will always outweigh the negatives if you get a responsible system in place, rather than risk a market turning black.

iGT: You’ve mentioned Asia’s gender divide a lot recently, especially among the target 21-35 year-olds. How significant is this, compared to other parts of the world, and what should operators do to make the most of this younger millennial audience, regardless of gender?

It’s no secret that capturing millennials (those born between 1980 and 1996) has proven a hot topic on my recent tour of Asia’s key summits. After all, millennials are far better aligned to move effortlessly with technological advances. In turn, their tech fluency effortlessly builds a bridge from gaming to gambling. We realise the gambling industry has struggled in recent years to engage with millennials, a demographic that is particularly demanding when it comes to expecting a mobile product to deliver an engaging and social experience. However, as smartphone software and adoption rates continue to soar, particularly in Asia, the underlying interfaces are now increasingly there to activate a new consumer base. With the rise and rise of virtual sports around the world (now a $4billion industry featuring the youngest population in the world) the divide between gaming and gambling has also been connected by a younger demographic. This 21-35-year-old group may wager in smaller size than their forerunners, but they do so with greater frequency – and in a social way which can involve and inform their peers. These new recruits also fit the industry’s general wisdom that its key target is now the mass-market, low-value player. As for the gender divide itself, while men still seem to prefer gaming to women, that’s changing and the tide is only running in one direction across Asia. Sure, women appear to favour a longer playtime for smaller wins, but simply reskinning your games and sites in pink is as foolish as it is insulting to a potentially core clientele. Overarchingly, I just think it’s so important to segment appeal and package products and targets accordingly.

iGT: QTech Games has enjoyed triple figure growth for several quarters running. How are you keeping up the pace?

There’s no absolute blueprint as such, and it’s always easier to keep the triple-digit streak alive when you’ve started from humble beginnings! That said, nurturing a clear and simple business model is key. Ours is to find the best online (RNG) games in the world and distribute them to operators, which we’ve done at a record rate. QTech Games remains the fastest growing game distributor in Asia, and even we’ve been pleasantly surprised by the results. A fully-owned and customisable technical platform – which affords our partners the fastest, most effortless integration on the market – is also vital. It’s our mission is to become the largest provider of digital entertainment in Asia by 2021.

iGT: You recently launched QT Play, which uses algorithms to recommend games to players based on personal preferences. How revolutionary is this product?

QT Play is an industry first and demonstrates our commitment to spearheading the space for innovation and direction. Put simply, QT Play is the pioneering cross-provider recommendation mobile app tailor-made for the gaming industry. Running off technology that allows QTech players to choose any game from any provider and switch between them at their convenience, its recommendation engine utilises similar technology to digital-content giants Netflix and Spotify. Players are accordingly suggested games commensurate with their personal favourites, which readily enhances their overall experience. These recommendations are based on familiarity of profile, content and playability, and perfectly capture individual user taste. In short, QT Play’s unique auto-curation algorithms match the right game to the right audience.