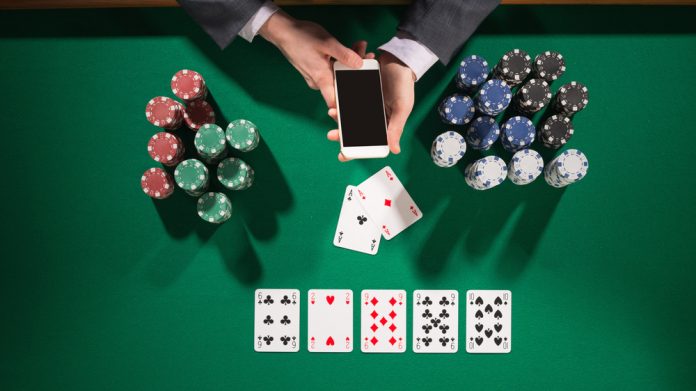 After various social poker apps were found to enable Chinese players to gamble, a new ban is being introduced 1 June that could make the pastime inaccessible to millions of players.

An expose by state-back media channel CCTV has led to crackdown on social online poker apps in China – with potentially far reaching consequences for the global sector.

The decision, now being dubbed “Chinese Black Friday, came after CCTV conducted a two month investigation into freely downloadable Texas Hold’em Online Apps, which purport to be “entertainment only”, yet frequently redirect players to thousands of poker rooms where they can bet on one another.

According to the report, many such apps are available in the Apple iPhone or Android mobile app store, some of which appear to be simple board games such as chess. But when opened, players are invited to join certain “clubs” – third-party agents, or “bankers”, inside but separate from the game. They are then asked to use WeChat or Alipay to deposit funds in exchange for virtual currencies.

The reporters joined 20 such clubs and found they all do the same thing. Essentially, the player gives money to the club, the club gives the player the corresponding chips, and after winning, the club cashes the chips back into money for the player – while collecting rake fees on winnings.

As a result of the scoop, from 1 June, all apps offering poker in any form will be banned in China; it will be illegal to promote poker via social media channels such a WeChat; and various app stores will be have to remove any applications related to poker.

The move potentially calls time on a massively popular pastime in China, largely restricted to social apps; many of which have nothing to do with gambling.

The legal framework for the ban has not yet been published, but WeChat’s owner, Tencent, which has already taken down its World Series of Poker app.

The Hong Kong-listed Boyaa Interactive, which has market cap of around $300m and is principally engaged in the development and operation of online card and board games – is one of the more obvious losers from the ban.

After acquiring the World Poker Tour app for $35m in 2015, it announced a 70 percent jump in “average revenue per paying user” on Texas Hold Em last year – with that one game-type making up 70 percent of its total revenues. Its share price plummeted 12 percent with the news.

Chinese poker provider, Ourgame, announced it would “supervise, clean up and increase monitoring of problem accounts and user behaviours” to ensure a “healthy, fair and harmonious online game environment. But added that it would “continue to introduce and hold more top-level intellectual sports events and promote the global spread of chess and card culture.”

For poker players the move could have far reaching negative consequences. Stephen Lai managing director of the Hong Kong Poker Players Association, said: “Poker has gone back to square one in China.”

“Poker was growing very fast, now it is going to be more difficult for operators in Asia to organise poker events because Chinese players make up over half of the field,” he told SCMC news. “If you can’t promote those events on social media, Chinese players won’t know they are on so they won’t go.”