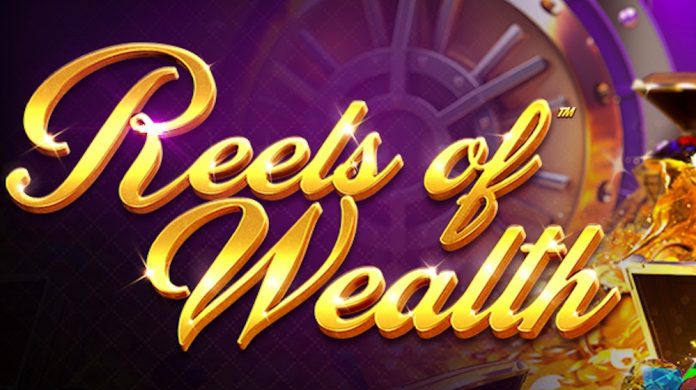 Betsoft Gaming has launched its latest slot, Reels of Wealth, which the company claims provides a sense of progression as players hop into a hoard of different bonus features and begin collecting symbols.

Designed to match the immediate aesthetic appeal of traditional slots, Reels of Wealth employs clear, compelling symbols and mechanics in its base game.

Reels of Wealth offers a number of gameplay innovations: five additional mechanics and a fully-featured mini-game. First, every winning line in the base game awards a free re-spin, and when these wins begin to stack (from 3 consecutive wins onwards), a multiplier of up to 3x is applied to every subsequent win. Where a win includes one or more wild symbols, an additional multiplier of up to 4x will be applied, and players can gamble all or half of any standard win on the heads-or-tails Double-Up game, for the chance to double their final payout.

Reels of Wealth lives up to its name by offering players the chance to win big in the base game, promoting longer, more rewarding sessions, but the largest potential for a life-changing payday is in the MEGASTAR free spins mode.

“Our goal with Reels of Wealth was to create an immediately captivating game that also had considerable depth,” explained Dan Cooper, Head of Product Development at Betsoft. “With re-spins, rolling wins, and a common symbol set, the base game is seriously inviting, with the potential for significant wins. But the MEGASTAR mode – essentially a game-within-a-game – opens up even more opportunities, with four different jackpots, and a totally unique player journey powered by our in-house ‘Trail System’.”

Developed for cross-device compatibility from day one, Reels of Wealth is built on the Betsoft SHIFT platform which is designed to reduce file sizes, speed loading, and enable new experiences like the Trail System.