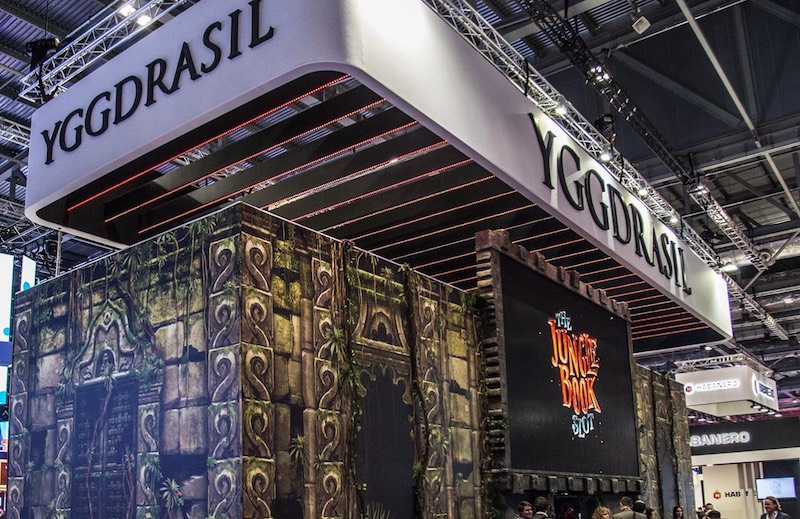 Yggdrasil Gaming has announced its revenue figure for 2017 was almost double that of the previous year.

The Swedish online gaming supplier reported a 95 percent revenue rise in its latest financial report, outlining a total figure of $20.5m for the 12 months ending 31 December.

“These fantastic results were only possible because of the team we have assembled, and the support of our customers,” said Yggdrasil CEO Fredrik Elmqvist.

The substantial increase is due in part to a profitable fourth quarter, with the company’s largest ever marketing campaign, a Christmas Calendar with a prize pool of E500k, resulting in Yggdrasil processing the highest number of rounds in its operational History.

The incorporation of the company’s in-game promotional tool Boost within the calendar’s cash races, tournaments and missions, meant the promotion helped Yggdrasil log 1,184 rounds during Q4, marking a 72 percent increase on 2016’s total.

Overall, Q4 figures rose 61 percent from the previous year, with the company recording $6.2m in revenue for the period.

“The fourth quarter was also a busy one from the perspective of new customers,” said Elmqvist. “Whether that be signing operators or integrating and pushing existing ones live.”

Having entered the Italian market in March, Yggdrasil extended its presence through partnerships with Snaitech and Eurobet in December, as well as entering the Danish market through agreements with Jackpotjoy and LeoVegas.

“In December, we announced news that we would enter the bingo verti- cal,” said Elmqvist. “Our bingo product is developed from a mobile-first perspective. We continue to lead the way on mobile, and during the fourth quarter mobile game win was up to 59 percent.”

“There have been more slots releases as well,” added Elmqvist. “Reptoids and Pumpkin Smash both went live, while we released a previously exclusive game, Orient Express, to all customers.”

The Q4 figures also revealed that the recent investment in expanding Yggdrasil’s workforce by 26 people did not adversely affect revenue, with Elmqvist noting “this level of activity” necessitated the growth.

Despite the notable revenue increase and significant partnerships in 2017, Elmqvist added he was “even more excited about the possibilities and opportunities that lay ahead in 2018.”

“We have a world-class team, an industry-leading product set and the best customers in the business, and we will be building upon this throughout the year and beyond.”