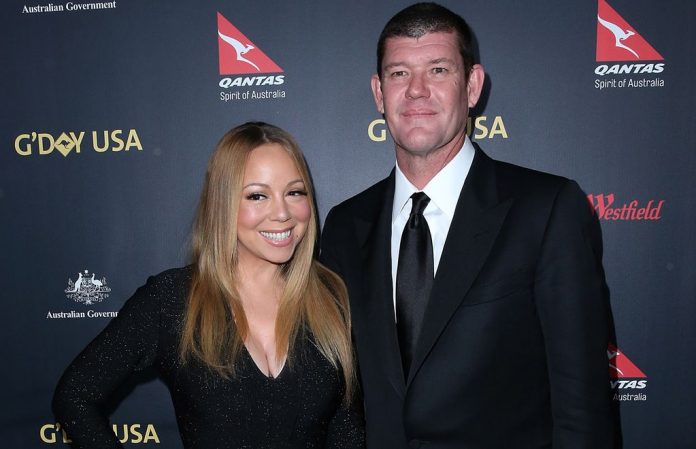 Stars Group kicks off acquisition season Down Under by beating betting’s leading heavyweights in the bidding for a controlling stake in CrownBet.

After much speculation over which global brand would take James Packer’s (pictured, right) controlling stake in the Australian bookmaker, Crownbet, the rapidly rising Stars Group has pipped its rivals to the post.

The Toronto-listed Stars announced the purchase of a 62 percent stake in Crown- Bet for A$150m (US$116m) on 27 February, lifting its already buoyant stock by a further five percent, and triggering a new wave of consolidation in the tightening market.

The news comes after Crown Resorts announced it would offload its 62 percent share of the business in December, as part of its wider efforts to direct resources on its core casino projects.

Initially, both William Hill and Paddy Power had been in talks to buy Crown’s stake, but were soon joined in the bidding process by Ladbrokes and Bet365. The stake was then purchased, for an interim period, by a consortium of CrownBet’s shareholders led by the board’s CEO Matthew Tripp.

Tripp was always minded to find another suitor himself, and having held merger talks with William Hill in the past, many had expected Hill’s would be the one – the synergies from which would help to restore the viability of its ailing Australian division.

“We scoured the globe for the best partner for the business and The Stars Group quickly became our number one target,” Tripp said. “Their endorsement is a shot in the arm for our busi- ness and a sign we’re tracking well in a highly competitive market.”

Tripp, who will stay on in his role as CEO, is the former chief of Sportsbet, which he sold to Irish giant Paddy Power in 2011 for $338m, before establishing BetEasy in March 2014.

Meanwhile Star’s CEO, Ashkenazi, along with other Group executives are said to be joining the CrownBet board in place of Crown Resorts representatives.

The company’s advantageous loyalty program will continue into the foreseeable future, although the CrownBet brand will remain in place until September this year. At which point a decision will be made whether to keep the CrownBet name indefinitely – although it’s understood a new name, possibly BetStars will be in place before 2019.

The tables are also thought to turn on William Hill. Once the lead bidder for CrownBet, the newly- empowered Stars subsidiary has already put in an

offer for the Tom Waterhouse-led William Hill Australia, which was recently put up for sale.

The usual suspects of Sportsbet (Paddy Power), Ladbrokes and Bet365 have also placed bids for Hill’s aussie branch – marking the beginning of what many expect will be a wave of consolidation in Australia, as firms seek to absorb rising regulatory headwinds and bulk-up against the newly merged $11bn titan of Tabcorp-Tatts.

The CrownBet deal is said to benefit Stars in at least two directions beyond the Aussie betting market. Firstly, CrownBets’ expertise could bolster Stars capabilities, should it choose to capitalise on new betting markets opening up in the US. Secondly, it could buttress Stars’ poker brand, PokerStars, should it return.

PokerStars was forced to leave the market last year after a newly amended gambling bill threatened unlicensed operators with blacklisting. With no process in place for obtaining a licence, many believed at the time the new bill had a protectionist element, aimed in part at shoring up the fortunes of its home-grown firms.

Whether the acquisition of CrownBet, possibly with a new name (that may even be BetStars), will see PokerStars find a way back into the highly lucrative and under- served Aussie poker market remains to be seen.

Stars share price has risen 86 percent in the last 12 months and by 18 percent in only the last four weeks.