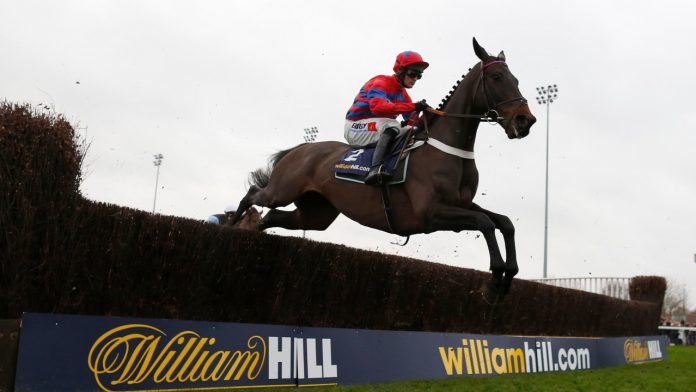 Gambling businesses in Britain are running out time to get their houses in order, as a record £6.2m money-laundering fine is handed down to William Hill – marking the first of potentially many more penalties for AML negligence.

British bookmaker William Hill received the second largest fine in Gambling Commission history in February after “systemic failures” were identified in its detection and prevention of money-laundering.

The £6.2m penalty is not thought to be the final sum Hills will ultimately be liable for either. Analysts predict, in light of more evidence, further failings are likely to emerge at the book- maker, followed by a wave of similar penalties issued to other firms, as the regulator continues its investigations.

The Gambling Commission said it had identified ten incidents where the William Hill had accepted the proceeds of crime, between November 2014 and June 2017 – and that were probably “not unique”.

Between the ten identified, £3.4m was deposited, of which William Hill is said to have benefited by £1.2m in gross gaming revenue. One player had stolen from his employer; another had defrauded “elderly victims”; and in one particularly conspicuous case, someone earning £30,000 a year managed to deposit £650,000 in only nine months.

The Commission said “systemic senior management failure” had led to the under-funding of key staff and technologies, that would otherwise have ensured identity and income checks were compliant.

“We have also committed to an independent process review and will work to implement any recommendations that emerge from that review,” Bowcock said.

William Hill has agreed to pay £5m to charitable causes and £1.2m to victims of the known crimes.

The cash will hurt the bookmaker, which posted a £75m loss that same week, but of far more concern to both William Hill and wider industry is that many more cases are bound to follow.

Given the “diversity of the industry” and “complexity of regulatory requirements”, the Remote Gambling Association’s Clive Hawkswood, thought it was “inevitable that there will be similar cases,” although the scale will vary.

Licensing expert David Clifton, of consultancy firm Clifton Davies, said William Hill’s “own admission” of not having sufficient staff available “will have sounded warning alarms for many other online operators who are similarly understaffed in those areas – bearing in mind the immense regulatory burdens now facing British licensed operators.

“It can surely only be a matter of time now before a PML holder faces the potential loss of their personal licence.”

In this particular case Clifton also stressed that William Hill was not out of the woods yet.

“Unlike the position in previous regulatory settlements, no firm line has been drawn under the sum that William Hill may have to pay out. That £6.2m figure was based solely on the individual files that the GC had reviewed and it could well increase,” he added.

“I say that because if, as the GC has said, “systemic” failings existed within William Hill’s AML and social responsibility processes, there must be a likelihood that, again to quote the GC “further incidents of failures relating to this case [will] emerge”.

In those circumstances, William Hill will have to divest any money it has made arising from the transactions that were subject to those additional failures.”

Jane Jee, money laundering expert and CEO of Kompli-Global, said the fine should come as a “wake-up call” for the sector.

Given that artificial intelligence technology already exists “to carry out accurate and comprehensive adverse information searches,” she said, “there is no excuse for companies in the sector not to do all they can to comply with AML legislation.”