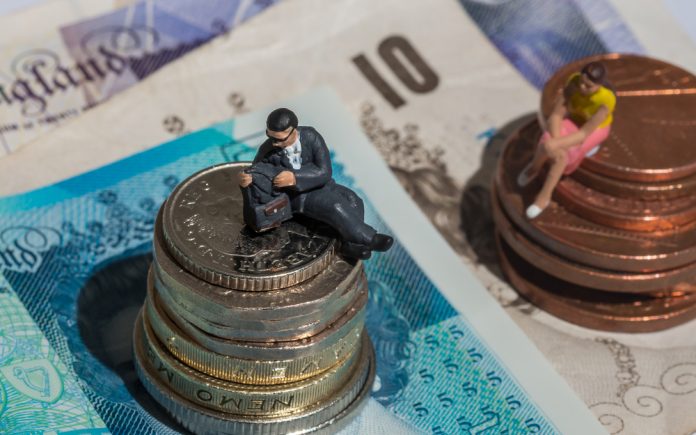 Following an increased focus on gender pay disparity across all UK industries, Ladbrokes Coral Plc has published its corporate statistics alongside a plan to implement a more equal pay structure.

The 2010 Equality Act from the UK government requires all employees of over 250 staff publish yearly gender pay disparity figures, with Ladbrokes Coral one of the first 500 firms to do so.

On publication, the FTSE-listed company’s calculations revealed a current pay structure that pays male employees 15 percent on average more than female employees, despite women making up 51 percent of the approximately 21,300-strong company workforce.

Ladbrokes responded by outlining the fact that the senior-level executive pay structure significantly affects the average figure, with the median lower figure for women “largely a function of weak representation at senior levels.”

The statement from the bookmaker went on to draw comparisons between its median hourly pay difference and that of the UK retail sector, with its own 2.5 percent gap compared favourably to the latter’s 18.8 percent average in April 2016.

However, alongside presenting the current state of women in senior roles to the Board and designing a female leadership programme, the company outlined that it was taking further steps to remedy the disparity.

“The gap in both our mean pay and mean bonus shows there’s more work to be done,” read the statement. “We’re having a closer look at the structure of our workforce and in particular what we can do to get more women into those senior roles.”

Concluding the statement, Ladbrokes Coral specified the changes it was immediately implementing, including enhancing maternity and parental leave provisions, the re-launch of a programme of flexible working, reviewing and challenging lists on new hire shortlisting and promotion to improve representation, as well as introducing unconscious bias training for people leaders.