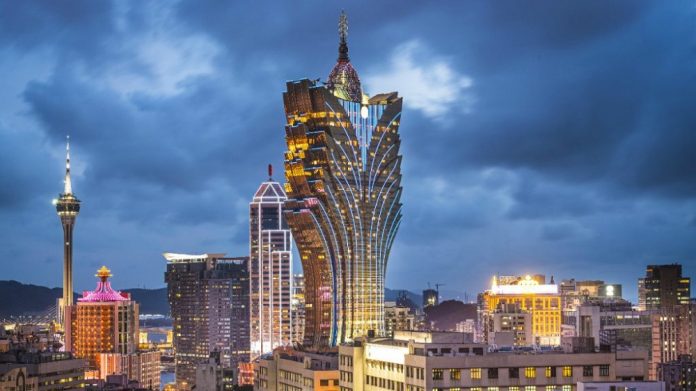 “The industry has to constantly evolve and provide our customers with new products,” said the AGA’s Geoff Freeman back in 2016. Then, as now, sports betting was seen as a major opportunity to do so.

“It’s likely an opportunity in other markets as well,” he added. “I know it is something Macau casinos would like.”

Speaking in the midst of Macau’s artificially-induced down turn, Freeman’s assertion might have been true. Fast forward to today, however, and Macau is doing just fine. Subsequently there is little appetite for anything other than traditional casino products.

“Why would there be?” asks Ben Lee, Macau-based casino consultant at iGamiX.

“The question has been revisited many times. But the only reason you see this happening across the US is because revenues there have become totally saturated. Whereas gaming markets in Asia have not yet matured.”

Macau’s gaming yield grew by some 19 percent in 2017, Lee reminds, while the Philippines’ casino sector expanded by one fifth. Elsewhere, markets in Cambodia, Laos, Vietnam and Japan are only just getting started. “And where there is a physical product present, and where it is successful, there isn’t any need to push for these alternatives.”

Macau’s single sports betting operator does not inspire much envy either. An affiliate of Stanley Ho’s SJM Holdings, Macau Slot has enjoyed a monopoly on betting in the $40bn gaming market for almost a decade.

It runs around a dozen betting outlets in Macau, half in or near SJM casinos, as well as the only online betting site in the jurisdiction. But despite this privileged position, Macau Slot revenues were just $92m in 2016.

That’s small fry compared to a betting market with no casinos; Hong Kong’s Jockey Club for example, turned over some $27bn that year.

It’s widely thought another operator could do better than SJM has done, but its monopoly was renewed in any case – and few casinos today can be found grumbling at missing out.

According to Lee neither the operators in Macau, nor many of the international sportsbook providers are particularly bothered by the prospect.

“There is also a gap between what the western world’s idea of sports betting is, and what the local market expects in terms of odds,” says Lee.

“We keep getting Americans coming across saying they’d like to bring a sportsbook from the top operators back home. But often they don’t spend enough time researching the sportsbook market, and find the odds are not to their liking when they do.”

Asians expect a greater payout than many European and American bookmakers are used to: the so-called ‘Asian handicap’, which shortens the odds and reduces the house edge.

“It’s the same in the casino,” Lee explains. “Asian punters are more attracted by the odds. 90 percent of land-based revenues in Macau are derived from baccarat, because baccarat is the game with the lowest house edge.

“But often western bookmakers rely too much on their brands, and are not prepared to offer Asian odds.”

And so the sports betting market in Asia is likely to be “very much to the grey operators”, he adds – offshore, online, and predominantly where locals have no access to land-based gaming.

“Again, online gambling works well in markets where they don’t have casinos, where they are not easily accessible, or where gambling is illegal,” Lee reiterates.

“What’s the point of gambling online in Macau when there are 37 casinos all ten minutes away from anywhere?” South Korea might have 18 casinos, but only one is open to locals.

“It’s even illegal for people to gamble abroad,” he adds. “They actually prosecuted their own citizens in the past, who’ve been photographed gambling in casinos in the Philippines.”

So naturally Koreans are targeted from offshore, as is Japan.

“But the grey elephant in the room is obviously China.”

Increasingly Cambodia is the base of choice for small scale online firms targeting Asia’s grey zones. In the last 18 months Cambodia has awarded 40-50 new casino licences – of which Lee estimates maybe 80 percent are online operators “with possibly a small retail presence to justify the setup”.

They pay no tax on revenues, startup costs and overheads are about a low as you can get, “and there’s no local regulator peering over your shoulder either.”

China would obviously like to use its influence to prevent its neighbours from facilitating these operations, but for all its might, there’s no simple solution.

“It’s a hard to apply sufficiently strong pressure on other countries that rely on those sorts of activities to create employment and generate revenues for the government,” he explains.

“China would have to apply some sort of incentives to wean them away from those activities, and that requires a long term initiative. It’s not something they’re going to fix so easily.”