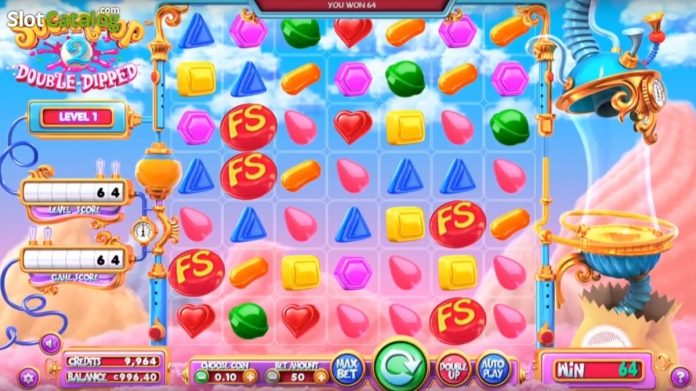 Similar to the popular initial title in the series, SUGARPOP 2 offers a serene dreamland of clouds and sugary treats.

SUGARPOP 2 is a 7×7 grid video slot based around the cluster win system adding the possibility for additional wins.

In this edition of the game, two new cluster mechanics have been added. This includes a Candy Wild that appears on the board when a cluster of 5 or more is exploded and a Candy Bomb that is created when 5 or more clusters are exploded in a single spin.

A Chocolate Surprise Egg will appear at random and crack open, revealing any one of the special candies that the player has unlocked. These candies each have special abilities that allow players to earn even more rewards.

A Jelly Bean Cannon fires jelly beans onto the board, while a Sweet Hammer smashes the board, breaking all the candies in its way. The release also features a Chewy Caramel and Morphing Golden Wild.

“The original was far more successful than any of us could have imagined. We wanted to stay true to the original game and add another layer of engagement to this game. Player and distributor feedback was taken on board to help us offer something new and improved, yet familiar to players of the original.

“The new candies and new mechanics are engaging, but one thing we incorporated into this version of the game was limitless potential. There is no level cap in SUGARPOP 2 and every time a player levels up, there are now even more rewards.”

Utilizing the proprietary SHIFT platform, SUGARPOP 2 allows players to level up using the new revolutionary “trail system”, first introduced in Betsoft’s recent smash hit Legend of the Nile. This means that every spin a player makes adds up, and they are rewarded the longer they play.