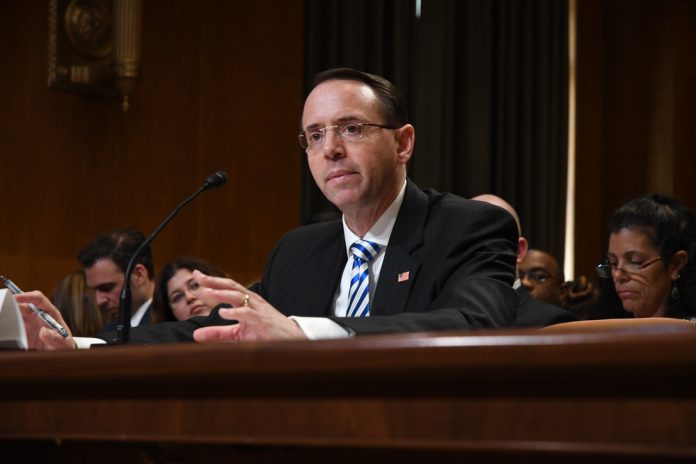 Efforts the ban online gambling in the US rage on, as the US Justice Department continues to be hounded by lawmakers – both for and against states’ rights to regulate.

In December the deputy attorney general Rod Rosenstein received mail from two congressmen – the Republican Lindsey Graham of South Carolina and Democrat Dianne Feinstein – urging him to reinterpret the 1961 Wire Act as a federal ban.

Four more echoed the call soon after. Daniel Donovan of New York, Brian Fitzpatrick of Pennsylvania, Tom Garrett of Virginia and Louie Gohmert of Texas, were all signatories to a letter calling on the Justice Department to reject a 2011 memo, which paved the way for New Jersey and others to liberalise.

The quartet argue the previous administration’s opinion should be discarded “to give Congress the opportunity to work with your department, as well as state and local law enforcement, to establish a clear federal policy.”

A bipartisan delegation of eight New Jersey lawmakers have subsequently fought back, submitting their own requests to Rosenstein.

“Placing a blanket prohibition for online gambling would be an antiquated approach to a 21st century issue, punishing states like New Jersey, which have invested in creating a safe and secure online gaming structure, while also permitting black market operators to put millions of Americans at risk,” the letter read.

Rod Rosenstein, who famously busted a dozen online casinos operating illegally in Maryland in 2011, acknowledged receipt of both letters, but has not stated whether he considering a reinterpretation. His superior Jeff Sessions was minded to “revisit it” but has since recused himself due to his close ties with casino lobbyist Sheldon Adelson.

Trump himself stated last year he would not take a position on online gambling, saying he had “friends on both sides of the issue”.