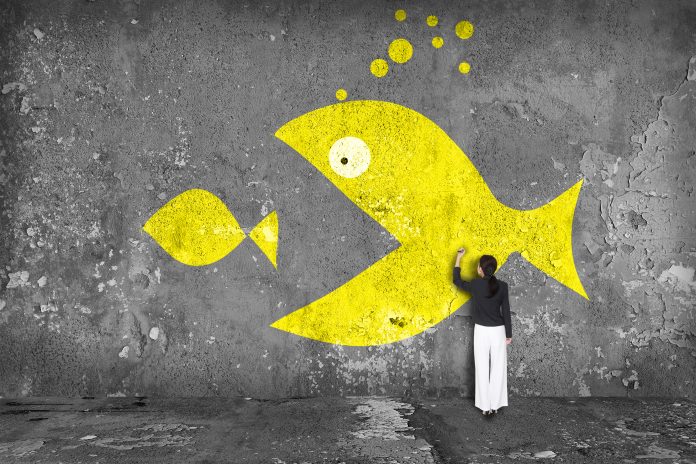 As operators continue to bear the brunt of a high-pressure regulatory picture in Europe, Simon French, leisure analyst at Cenkos Securities, believes the momentum around M&A will only intensify over the next few years.

After an unprecedented few years of consolidation in the UK-facing market, it looks like the trend is only set to intensify in 2018, as European operators brace themselves for a tsunami of regulatory headwinds and increased market saturation.

Speaking at November’s SiGMA conference in Malta, Simon French, leisure analyst at Cenkos Securities, said the current economic environment – with low interest rates across Europe and a more generous lending climate for gaming firms – had made it possible for companies to consider investing in other firms as well as growing organically.

“In the context of the last five years, it’s probably never been easier for gaming companies with strong management and sensible, growth-oriented strategies to come to the public markets, whether that’s to access equity or debt,” explained French.

“There’s a huge amount of capital out there, and it’s cheap – probably cheaper than it’s ever been, certainly in the case of the debt markets. That backdrop facilitates M&A, because – let’s be honest – some M&A is marginal, and if what swings it is the earnings enhancement because the debt to do the deal is cheaper, then that might be what it takes to get a green light at board level.”

With a swathe of regulation to hit key European markets such as Sweden and the Netherlands, as well as other core betting markets such as Australia, French said the trend for M&A was likely to focus on emerging jurisdictions in Africa and Latin America. In particular, he said, high-performing operators in some of the rapidly developing African countries were likely to be a strong draw for companies looking to invest.

“In the next 12-18 months, we’ll probably see two or three companies focussed on Africa come to the market, and access to capital for them I think will prove relatively easy, because investors want growth,” he said.

“If you’re operating in markets which have got top-line growth characteristics of doubling year on year on year, and you’ve got economies of scale as well, and you can deliver some really quite impressive bottom-line growth, then investors will be prepared to pay big multiples for those sorts of businesses.”

Access to investment and M&A opportunities would be available for both the largest and some of the smallest operators and B2B firms in the market, said French: “The big risk is for those companies that get caught in the middle; that haven’t grown fast enough to participate in capital and M&A at the top of the market, but are too big to be considered fast-growing niche operators.”

Following some of the major mergers in the market in 2016, 2017 was a year that saw some notable smaller-scale acquisitions, including Kindred’s £175m acquisition of international casino operator 32Red, and Betsson’s NetPlay acquisition. But in 2018, a few much larger mergers could change the landscape dramatically.

At the end of 2017, it was reported that William Hill was in early-stage discussions to merge the Australian wing of its business with CrownBet, a major brand in billionaire James Packer’s Australia-facing gaming empire. Meanwhile, with the Stars Group expressing its interest in acquiring a sports- book operator for up to 6.25 times debt to EBITDA – freeing up around $3bn dollars of capital – a major casino and poker brand could soon be entering the sportsbetting space.

Discussing the trajectory for the industry as a whole over the new few years, French said: “When we look at the online gaming industry now, we draw a lot of parallels with the brewing industry of five or ten years ago, where you had a number of market leaders in each individual country.

“Through a succession of M&A, that really boiled down to having three global brewing companies with maybe eight to ten brands, and then at the other end of the market, a long tail of niche craft brewers, which you can see being replicated in gaming with some niche operators in niche markets or certain products. We think that’s where the market’s going to go.”

A large part of this reconfiguration is likely to occur over the next 12 months or so, according to French. Kicking off with GVC’s £4bn acquisition of the recently merged Ladbrokes Coral Group, 2018 is already looking set to be a record-breaking year for M&A.

“Will all this consolidation occur in 2018? Probably – and I think part of that is because 2019 looks horrendous from a regulatory perspective. In Sweden, the Netherlands, Australia, probably UK, you’re going to see tighter regulation, higher taxes, so you’ve got to get your house in order in 2018,” French added.

“Personally, I think there should be a lot of M&A in 2018; if there isn’t, it leaves the industry in quite bad shape for what will come through in 2019 and beyond.”