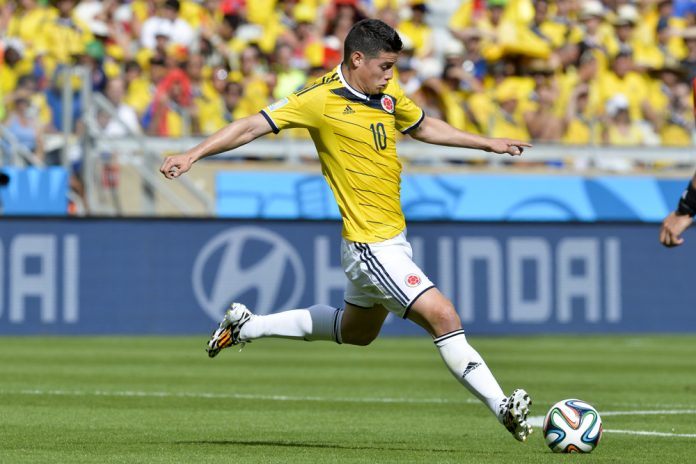 Already a trailblazer for Latin America, Colombia is upping its game by expanding on licences in time for the world’s biggest sporting event, while continuing to stamp out what remains of its black market. Emboldened by success and in an effort to woo more players to licensed sites, GLI’s Karen Sierra Hughes says a new raft of products could soon be regulated – from virtual sports to live casino, and possibly even provisions for international liquidity.

The Colombian appetite for online betting is showing no signs of abating. Coljuegos, the national regulatory body, granted its sixth betting licence in December, and expects to allow more than twenty companies to operate in the country by the end of 2018.

More carrots and sticks are also in the wings. To drive more regulated play, Coljuegos is strengthening its hand at enforcement of the black market, while considering giving its licence-holders a range of new products to offer, from live casino to virtual sports.

This next phase of expansion comes only six months after Coljuegos began granting licences last June. Two more companies are currently under review for approval.

The sector has already made a significant difference to the Colombian government. By November, the online gambling sector had already contributed around COP3.76bn to the economy. According to Gambling Compliance, Colombia’s online sector is projected to reach $68m GGR in the first year, almost doubling to $131m by the third.

Juan Perez Hidalgo, the president of Coljuegos, has expressed confidence in the market as a result. He reckons that by the time the World Cup takes place this June, the Colombian online gambling market will generate several billion Colombian pesos in revenue, expanding access to health for 1.2 million Colombians.

But more work is needed to strengthen the regulated offer. The regulator says it will continue targeting international operators without a licence, and plans to bolster cooperation with the Ministry of Information and Communication Technologies and law enforcement to continuing blocking these sites.

Coljuegos has in fact merged the drive for boosting tax revenues and tackling illegal gambling through its “Jugar legal es apostarle a la salud de los colombianos” campaign, roughly meaning “Playing legally is betting on the side of the health of Colombians”.

“Our campaign strengthens the culture of legality for the players and the different actors of this industry so that everyone knows how important it is to play within internet portals authorised by Coljuegos,” Hidalgo explained.

Thankfully, there are an unlimited amount of licences available, for all those that fit the bill. And according GLI’s Karen Sierra-Hughes, director of government relations and business development for LatAm, operators may yet be able to offer a range of new products, after gaming regulations are updated next month.

iGaming Times: What makes the market so attractive?

Karen Sierra-Hughes: One of the virtues of Coljuegos is that they have dedicated teams that are assessing both the market and public preferences, as well as undertaking studies to determine ways they can improve regulations to allow different types of games that will represent revenue increases for both companies and the government.

Additionally, the size of the market in terms of population, the penetration of the internet and use of mobile phones in the country are important key factors that adds up to the attractiveness of the jurisdiction.

iGT: Is there a cap on the number of licences granted?

KSH: The Colombia licensing process is open with no limitation of number of licences to be granted, which means that as long as the operator complies with the all the requirements established by regulations, Coljuegos regulatory entity will grant the license.

As a result, there has already been much interest, especially from European operators. What’s more, we are also identifying future growing vendor industry locally from Colombia.

iGT: Other than issuing more licences, what plans are there to expand the scope of the online market?

KSH: Specifically regarding iGaming, the initial regulations established exclusions to the type of games allowed, such as parimutuel sportsbetting granted to a single operator via a public bid process prior to the iGaming regulations been enacted.

Virtual sports betting and live studios were previously excluded, but after further evaluation are now reconsidered, and included in the modification of igaming regulations. Another exciting change is the consideration of international liquidity in this same project. The public comment period was extended until January 2018 so we will need to wait for the publication of the final regulation with updates.

iGT: What steps must operators take for a licence?

KSH: The process has financial, technical and administrative requirements and evidence of compliance must be provided to Coljuegos.

On the financial side, in addition to the applicable taxes and the fees, the operator must keep a deposit as guarantee of its operations as well as warranties issued locally in Colombia.

Technical requirements include the compliance with standards for each type of game and wagering allowed, as well as an Internal Control System that must be located in Colombia and that must comply with the data model requirements established by the regulator. Companies must also declare what the type of games or wagerings on offer. Most of the operators with a licence granted so far decided to start with sports betting and are expected to expand with slots machines and others as part of the licence expansion.

Regarding administrative requirements, it is important to point out that the operators must establish problem gambling- and money laundering-prevention measures to be monitored for compliance by the regulator.