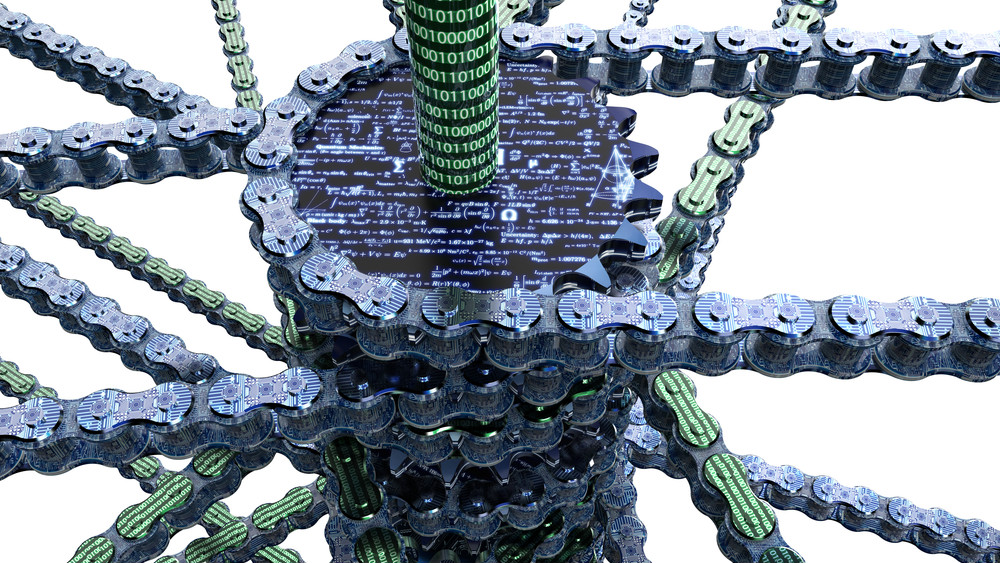 “It means Africans are more eager to adopt technologies than anywhere else.”

It’s easy to turn a blind eye to something as abstract as bitcoin and blockchain, when your debit card is accepted virtually everywhere. Indeed, in a world saturated with financial and legal institutions, new and disruptive technologies present themselves as threatening to an established system on which many livelihoods depend.

For the vast majority of Africans however, this simply isn’t the case. With limited access to banking, and systemic mistrust of formal institutions where they do exist, blockchain has far less to disrupt, and is rapidly being seen as an immediate solution to many areas of economic life.

Unbridled by skepticism and institutional resistance, governments, private enterprise and consumers from all over the continent are diving in.

“For the first time we can see Africa trying to adopt any kind of technological solution that helps to empower the unempowered,” says Maikori.

“And blockchain cuts across almost every part of human life. We just have to make it easy to use, and easy to access – especially for those in the low income bracket, because that is where it will really help.”

Africa is still “a very underbanked economy”, he reminds. Unlike in Europe, where conventional banking is affordable, accessible, trustworthy and virtually instantaneous – while cryptocurrencies are associated with crime, trafficking money laundering and hacking – in Africa almost the inverse is true.

In Nigeria for example, of around 70 million account owners, barely a third of them have debit cards. But for those that do, the fear of being scammed often overwhelms the convenience of using them.

“Everyone knows someone who’s lost their money, so they don’t like using their card details. That fear is pushing people to adopt other payment systems.”

The restrictions this puts one economic development is hard to overstate. And only recently have innovative, albeit rudimentary solutions been adopted to try and bridge the gap.

In East Africa, MPesa, a payments initiative from the Vodafone group, allows people to use basic phones as a virtual wallet. In any one of 300,000 outlets across ten countries, people can deposit hard cash into a mobile account – and use their phones to pay for things.

In other countries consumers can simply trade the airtime they use to make calls, for goods and services in store or online, using SMS or USSD protocols. It’s not a niche system either; in some cases airtime sales are the equivalent to another country’s GDP.

“The mobile phone has been the saviour to that demand, for that kind of commerce,” he adds. “But these are local solutions that are basically helping to circumvent the hurdles of infrastructure.”

From the consumer’s perspective, using bitcoin is only a small step on from using mobile payments like MPesa – but a giant leap forward in terms of engaging in a more global economy.

Adoption of bitcoin is already happening at pace. With bitcoin rising by a factor of 20 throughout 2017, many have begun using the returns from ownership as passive income – “as if it will never go down,” Maikori regrets.

Governments are of course wary, and advise people to be cautious.

But when it comes to the wider applications of blockchain, they generally take a more curious approach: letting the private sector experiment with the possibilities before they step in with regulations.

“With technology, practically everything is liberalised,” he says.

“Entreprises that use it are allowed to move forward at the speed at which the market accepts it. Until eventually governments will wake up and say: ‘we can’t ban it, we just have to work with it, and minimise the damage.’ But for now they just want to see where it’s applicable.”

Kenya and South Africa are “open-minded,” he says, while Nigeria, the largest purchaser of cryptocurrencies, has already set up a committee to work on the full application of blockchain there.

One area where blockchain is already being applied in Nigeria, is entertainment and intellectual property. A PwC report recently stated that in the next three years, Nigeria’s entertainment industry will become the fastest growing in the world – “because of the sheer population, and because the entrainment is the most consumed content across Africa.”

Internet penetration is rising rapidly across the board, and with it consumers are moving away from terrestrial TV and streaming more content online. But the sector has struggled to monetise it: many people don’t have a way to pay for it, and many international sites such as Spotify don’t accept Nigerian cards.

Blockchain solves the problem. Firstly, in enabling producers to register their content on the intellectual property exchange, and secondly in enabling the viewer to pay them.

But perhaps the most profound application of blockchain is in international trade. “African countries don’t trade among themselves,” Maikori laments.

“Again because of the financial burdens, the logistics involved, the amount of paperwork to make transfers through the central bank.

“So Africans do more trade outside Africa than within. Yet it’s potentially the biggest market in the world.”

As blockchain structures transactions and facilitates the payments, it enables the credible trade of goods – agriculture, raw materials and so on – as well as services, between individuals firms and governments, without relying on inefficient or untrustworthy institutions.

Again, it’s hard to be overly romantic about what this means. Interdependent trade is not only the surest mechanism for peace (of which the EU is only the most clear example), but economists estimate the gains of intra-African trade would sit between $6trn and $12trn in the long run.

“The implications for African trade will be massive. For now it’s all private sector driven. But there are all sorts of conversations happening about how blockchain can be used to boost commerce and trade.”

Anyone keen to invest in blockchain should consider themselves “very welcome” in Africa, Maikori concludes, and “should not be apprehensive about regulatory changes”.

“Eventually, once the technology moves industries forward, you’re then going to see governments start deciding how they’re going to regulate it – but only to minimise the damage.”

“Right now the awareness is amazing, and adoption is happening incredibly fast. In the next three years you’re going to see a massive amount of transactions taking place. It only depends on how blockchain is made available.

If it’s affordable and accessible it won’t be hard. We are already so inclined to the technology and the currencies.”