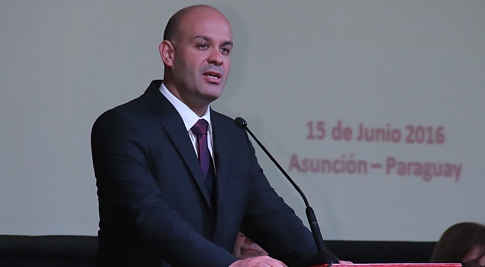 The operator was granted the tender to trade immediately on 13 December, beating the Jockey Club del Paraguay as its only competitor for the bid, despite seven sports betting operators being eligible to apply.

The bidding process was opened after a six month provisional licensing period established a significant demand for the market.

Daruma Sam secured the tender after the Jockey Club was disqualified for failing to submit substantial financial documentation in the form requested by Conajzar. A decision former senator Gustavo Pedrozo, owner of the Jockey Club, is reportedly in discussions to contest.

Daruma Sam’s bid contained a pledge to increase the state’s share of revenue from four percent to 21 percent, which analysts predict could raise over $95m for the state over a five year period, an inclusion which may well have ensured its success regardless of competition.

However, Paraguay’s Office of the Comptroller General of the Republic (CGR) has announced it has filed three separate complaints with Conajzar president Javier Balbuena over irregularities in the bidding process.

Despite the specific complaints being unknown, the CGR has urged Conajzar to suspend the tender, though with no formal enforcement powers to prevent the license, Conajzar has refused the CGR’s demand.

The award of the monopoly has also complicated matters for Daruma Sam, with the company in intellectual property litigation for control of the popular Apostala brand with competitor YEM, who jointly operated the site with Daruma Sam under provisional licenses.

Whether the CGR will succeed in having the decision overturned remains to be seen, for the immediate future Daruma

Sam will want to concentrate on ensuring all operations are running smoothly to capitalise on the burgeoning industry.