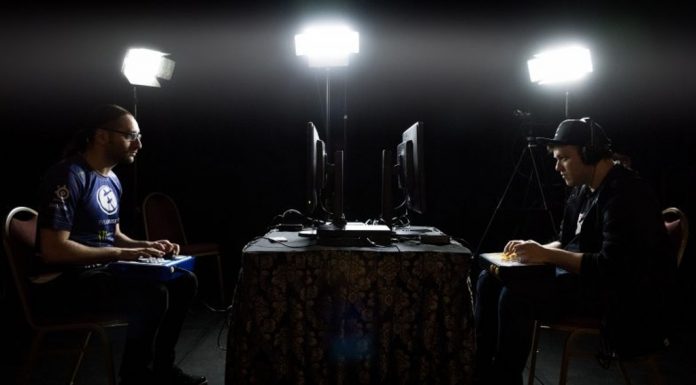 In at least three key areas – skin betting, challenger betting and its inherent appeal to minors – esports presents a different set of challenges for regulators. But does it require a different set of rules? As the industry waits impatiently for clarity, legal experts and regulators remain divided on this all important crux.

When Quirino Mancini, an Italian gaming lawyer, was approached by an esports training academy looking for betting sponsors, he’d assumed he was looking at a done deal.

“On paper this thing looked great,” said Mancini, partner at Tonucci law firm in Rome. “The simple idea of having an academy of esport players mentally and physically trained to become professionals – I thought this was very innovative.”

But after approaching leading betting operators with the proposal, he was met with apprehension. “They said this was too far ahead of its time,” Mancini adds, “they simply didn’t believe in the opportunity.”

Similar stories are told across the esports sector. The buzz about its potential can be deafening, but until operators and their investors get more clarity from regulators, the reluctance to invest –  in new products and platforms that may yet become strangled in red tape – will continue to hold back growth.

Today however, lawyers and regulators are divided over how to proceed. That esports is a different phenomenon from betting on traditional sports, with a different set of challenges, is clear. But whether it requires a new set of regulations is very much undecided.

“The regulator needs to be told more about what esports are all about,” says Mancini, a firm believer that new rules are needed. “They need to understand that this is quite a different animal from the traditional agenda that they have dealt with so far.”

Issues around underage gambling, skin betting and “challenger bets”, all pose new problems not replete in normal sports. But the Italian regulator, like many others, is reluctant to introduce a new raft of regs.

“They’d rather take the back seat and say this is just real money betting; something we need to treat with the traditional tools we have. But this is completely the wrong approach.”

The “most critical and sensitive issue” is the audience, he adds, “the widespread number of minors involved.”

“But when you mention the word minors, regulators will always become nervous, because it opens up a pandora box. How do you come up with a set of regulations aimed at minors?

The phenomenon of skins is only one headache. Players purchase treasure chests –  or “loot boxes” – from the game publishers, containing a randomised quantity of in-game items that can then be traded or even wagered. Is purchasing a reward of unknown value a form of gambling? And if tradable, should they be treated as virtual currencies or assets? And how much responsibility lies with the game publishers?

The rise of challenger websites – where players can bet on themselves winning a game they play against others – presents yet more questions. Is betting on yourself gambling or skill-gaming? Where in each game’s design does skill end and RNG begin?

And perhaps most contentious of all, does the abundance of minors in the market require an entirely new approach to regulation?

The UK Gambling Commission has thus far taken the most advanced response to such questions, publishing a “position paper”, albeit vague, on esports regulation earlier this year.

“At the moment the UKGC is saying regulation will be just like traditional sports,” notes Peter Worsencroft, an associate at Squire Patton Boggs. “But in its position paper it’s very intentionally kept its language vague”, he adds, using phrases like “this sort of activity is likely to attract the attention of the regulator”.

In some areas it gives clarity: as challenger sites are facilitating betting, they must be operators and obtain a UK licence. But in others, such as skins, the GC remains deliberately hazy.

“You open one of these treasure chests, you have to pay for the key –  that’s your stake, the chance is the sum of value of the skin once opened. The GC wording is intentionally vague, but it basically says this is in effect a gambling transaction, within our remit, and so you will need a licence.”

But until regulators and policymakers take a stance, investment will suffer. In another example, a Romanian firm was looking to develop a platform to convert skins into cash – an innovative and potentially lucrative solution – but investors wouldn’t touch the product without clear wording from the regulator.

For Joseph Borg, senior legal advisor at WH Partners, a gaming law firm based in Malta, the GC’s wooly positioning doesn’t go nearly far enough to offering the kind of clarity that investors are after.

The solution, he says, is not another set of rules specifically for esports – but a clear set of principles that can be applied to every genre and model.

“Regulation will never be able to keep up with the technology,” he considers, “so the trick is to have a regulation that is technology neutral, and not just technology neutral, but business model neutral – based on concepts and principles so it covers everything and gives the regulator enough leeway to tackle every situation according to the needs of that industry.”

In skins for example, if you open a chest that could contain E20 euro or E100 europe, “it’s a clear element of chance, and yes, it should be a gaming operation”.

But the same logic rarely applies to other promotional prizes firm’s use to sell their goods – like a chance to win a holiday when you buy a can of coke. Indeed in Maltese law, even if you don’t stake anything, but have a chance of winning it must be classed as gaming.

“But it doesn’t need to be over regulated – it’s a simple game, you just need to have certification that the RNG is fair.”

The same neutrality should be applied to underage betting. “No regulated operator should be allowed to enable minors to bet,” Borg reminds.

“If in some cases it happens anonymously – you don’t even register an account, which we’re seeing in some blockchain startups for example – that can never be allowed because it is clearly illegal. We can never regulate something that is anonymous and doesn’t in anyway safeguard young people – so I don’t see anything that should be regulated specifically because esports is a different model.

“So for the UK to come up with something vague, in my opinion only creates more confusion in the market and less stability. I think investors want security: it’s like this, it’s clear, and so this is the way that it’s going to go.”