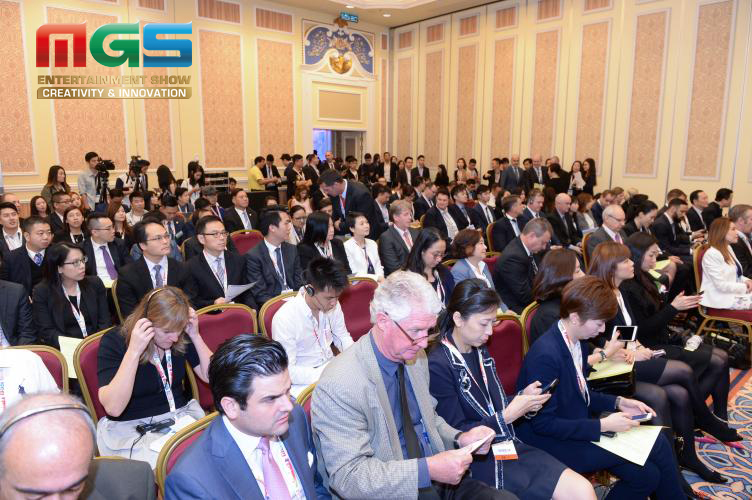 The Macau Gaming Equipment Manufacturers Association (MGEMA), the local association that has organised the show since its inception five years ago, has announced that Mr. Paulo Martins Chan, Director of Gaming Inspection and Coordination Bureau, will be kicking off this year’s summit as the keynote speaker on 14 November, the first day of the MGS Summit.

The focus of day one of the summit is the Belt & Road and Smart City, Smart Economy. With speakers from the Macau government, Macau’s famed integrated resorts and major international tech firms. The insights on the future of smart cities will be indispensable to anyone interested in the technological evolution of cities. Professional speakers from the industry will share on the idea of how smart technologies can integrate with different businesses will be held in the afternoon.

The morning sessions on the second day of the summit are supported by MGS Supporting Entity – ChinaJoy, the hugely influential digital entertainment show and conference held each summer in Shanghai. With speakers elucidating current trends in mobile gaming, this series of talks will be highly valuable to anyone considering a business model that will tie into mobile applications. Macau Electronic Competition Association, a newly established local eSports association, will also be supporting the MGS Summit and talk about the eSports technology development in Macau.

The series of talks that afternoon were supported by MGS Main Co-Organiser Sinagames. Presenters will discuss a variety of issues surrounding eSports, so these talks will be indispensable to anyone needing insight into the novel ways these popular games connect the real and virtual worlds.

The third and final day of the summit will begin with a keynote speech by Mr. Chio Iao Mak of the Gaming Inspection and Coordination Bureau. The day’s focus will be next generation gaming, with speakers ranging from university professors to business consultants giving their perspectives on new regulatory measures, the evolution of gaming equipment, and new gaming jurisdictions in the Asia-Pacific region.

“The summit will piece together the process for building a model that will drive the Smart City, Smart Economy ethos across the world,” says Jay Chun, chairman of the MGEMA. The MGS Entertainment Show 2017 and MGS Summit promises to be a valuable and fascinating series. Registration for the show and summit is now open at www.mgsentertainmentshow.com.

This article was originally published on www.igamingtimes.com.