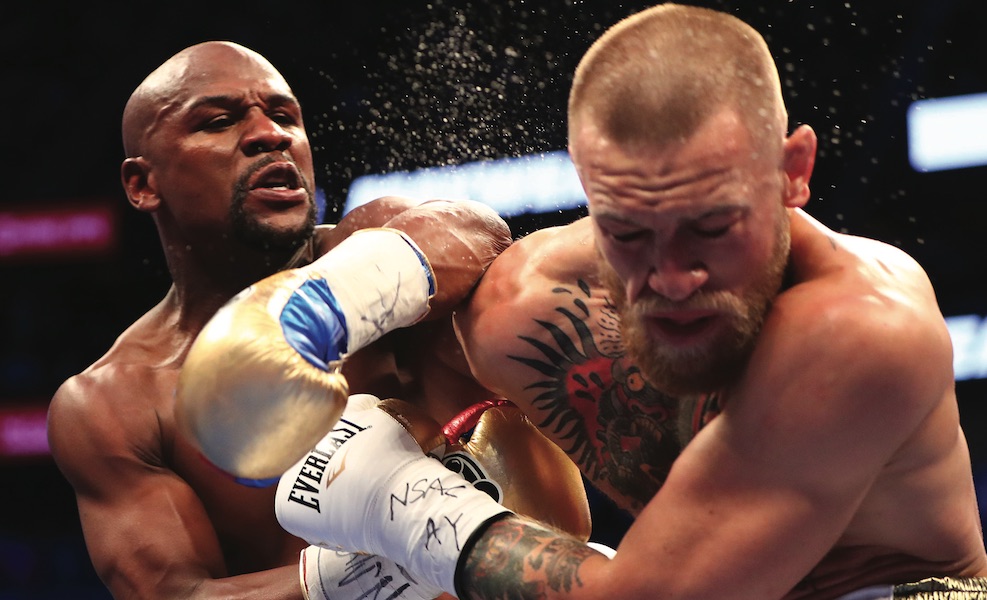 At least £250m was bet on the fight through UK-listed bookmakers alone – according to affiliate website Bet-Bonuscode – making it the most bet on event outside of the Grand National.

In Nevada too, the legal sportsbook handle came second only to the US Superbowl, with bets estimated to have surpassed the $100m mark. A similar story was told by NYX Gaming’s OpenBet platform, which yielded a 530 percent lift in total stake over the previous record betting fight between Mayweather and Pacquiao in 2015, and 375 percent in the total number of bets.

The average bet piled on by McGregor supporters was £20, said NYX, while the smart money was placed on Mayweather with an average bet six times higher at £120. But with between 80 and 90 percent of wagers going long for the proboxing debutant, McGregor had become a “significant liability” for bookmakers.

A surprise result, would have left Ladbrokes’ Jim Mullen, for one, “crying into [his] cornflakes” – and would ultimately have induced an industry-wide payout of some £300m – or three times the infamous £100m bookmakers paid when Frankie Dettori won the ‘magnificent seven’.

All in, the event has been lauded as a boon forbetting on combat sports. Not only did it smash pay-per-view records, attracting the burgeoning MMA fanbase to the sector; the fight also broke precedent for female participation.

With one fifth of all bets placed by women, “that’s something unheard of until now”, said Alexander Kostin of Bet- Bonuscode. Expectations are now buoyed for the sold-out superfight between Canelo Alvarez and middleweight champion Gennady Golovkin on 17 September.