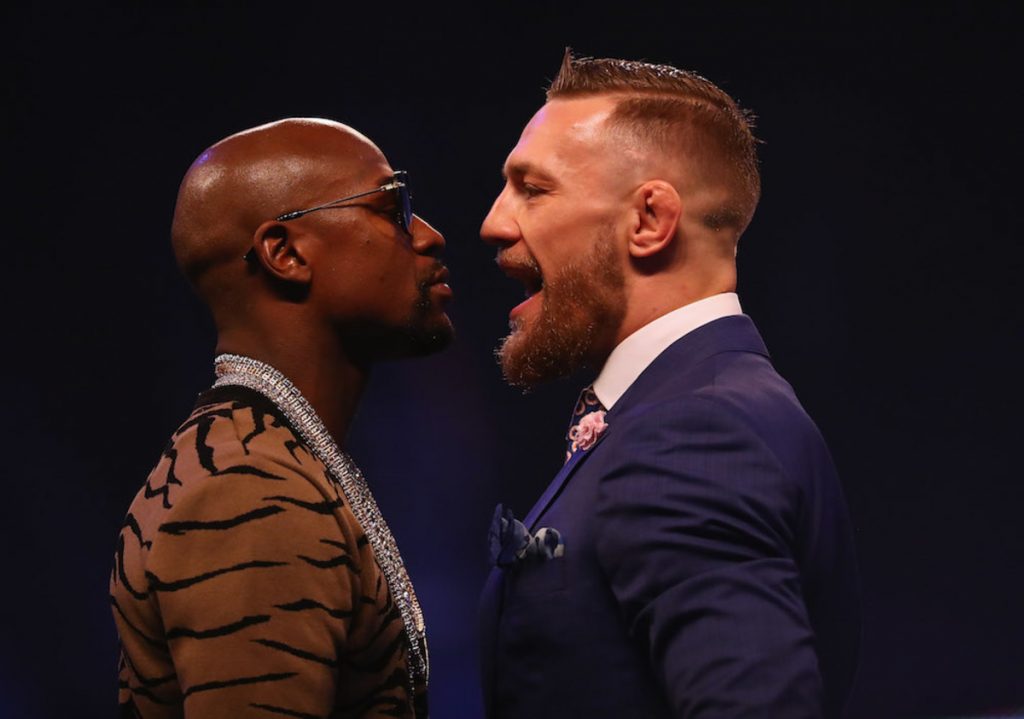 The hugely anticipated Mayweather McGregor fight that takes place on 26 August has reportedly smashed the record for amount wagered on a fight says Betfair.

The gambling company’s exchange market details that £20m has been bet alone through them already beating the previous total boxing betting record of £8.9m that was set when Mayweather clashed with Manny Pacquiao in 2015.

Betfair estimate their figures will rise to £100m by the time the undefeated boxer and mixed martial arts touch gloves and the total wagered across the UK’s high street gambling industry will ‘easily’ rise to between £200-300m.

As surprising as the fact the record has been broken so early equally as shocking is who the money is being bet on with one side being a world champion boxer undefeated in 49 fights and the other partaking in his first professional boxing bout.

“It’s hard to see how McGregor is going to beat him but the money just keeps coming for him. It’s baffling, really, our traders are absolutely flummoxed by it,” said Barry Orr, head of media relations at Betfair.

With this being said, wagers have been divided between casual punters seeking a bigger payday by placing small bets on Notorious and more sophisticated gamblers, or ‘wiseguys’ as bookies call them, seeing an opportunity to make some easy cash by betting large sums of money on Money Mayweather.

“It’s something we don’t traditionally see on a fight, so far out from the fight itself. We were caught off-guard at the support for the underdog. I knew he’d be a popular play, but I didn’t think he’d be so overwhelming. When we book him in MMA, he has a considerable amount of backers but I expected that to be tempered because this will be a boxing match,” said vice-president of sports and races at MGM Resorts, Jay Rood.

With a strong belief that this fight will be the richest boxing event in history, “It’s absolutely mind-blowing. It seems to have captured the betting public’s imagination like we have never seen before. Not just in terms of boxing events but sporting events,” said Orr.