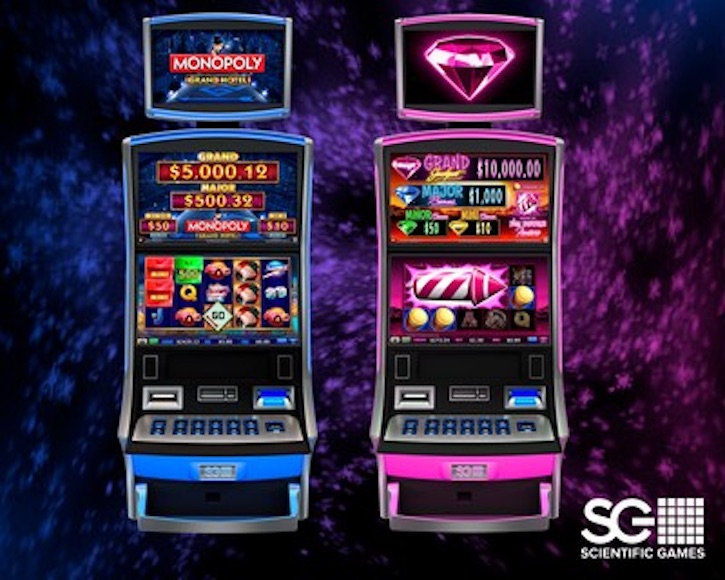 Scientific Games Group Chief Executive, Derik Mooberry said: “At AGE, we are looking forward to showcasing the innovative games, table products, systems, and lottery technologies that are designed to help our customers drive revenue, enhance operating efficiencies, and make smarter business decisions. We’re excited to display showcase our products and solutions that will truly shape the future of our industry.”

Scientific Games Senior Vice President of Australasia Adrian Halpenny said: “We are excited to bring an incredible line-up of new game and hardware solutions to the Australasian Gaming Expo and Sydney’s ICC. Our commitment to providing customers with the world’s best products will be clearly demonstrated across all of our business lines as we herald in a new era for the Australasian gaming industry.”

Scientific Games’ claims its diverse line-up of game content will cater to every type of player and will feature THE PINK PANTHER™ as a standalone progressive and as a linked progressive with four new titles – Kalahari King ™, Mega Mariachi™, Many Fortunes™, and Big Ned Kelly™.

Other popular, third-party licensed brands on display at AGE will include IRON MAN™ and MONOPOLY Grand Hotel® – both developed locally in Scientific Games’ Sydney game-development studios.

The companies licensed games will be bolstered by several original new game themes that will be released throughout the second half of 2017, including new Big ReelFeature games Rolling 777™, Silk Moon™, and God of Wealth.

Scientific Games also states it will aim to continue its successful run with the Locked & Loaded standalone titles and the internationally acclaimed Lock It Link™ games, the library grows to nine games with the addition of Deep Sea-Lock It Link.

Another AGE feature will be Scientific Games’ array of gaming system solutions, such as the Company’s iVista4 in-game display manager which now offer state-of-the-art widgets and connectivity to web services.

A host of utility products will also be on display for AGE attendees to experience first-hand including two new innovations: ShuffleStar®, a low-profile front-loading shuffler that shuffles four to eight decks continuously and features a high-speed flat-dealing shoe and sophisticated card recognition using two cameras; and, Shufflink™, a product for the first time links shufflers, chip sorters, and i-Shoe® dealing shoes to the casino-management system to provide real-time data and reporting on table performance, player ratings, and important metrics —without dealer input, interaction or any manual data collection.

Scientific Games will display all these innovations and more from Booth No. 190 at the Australasian Gaming Expo (“AGE”) August 15-17 at the International Convention Center (“ICC”) Sydney in Darling Harbour.