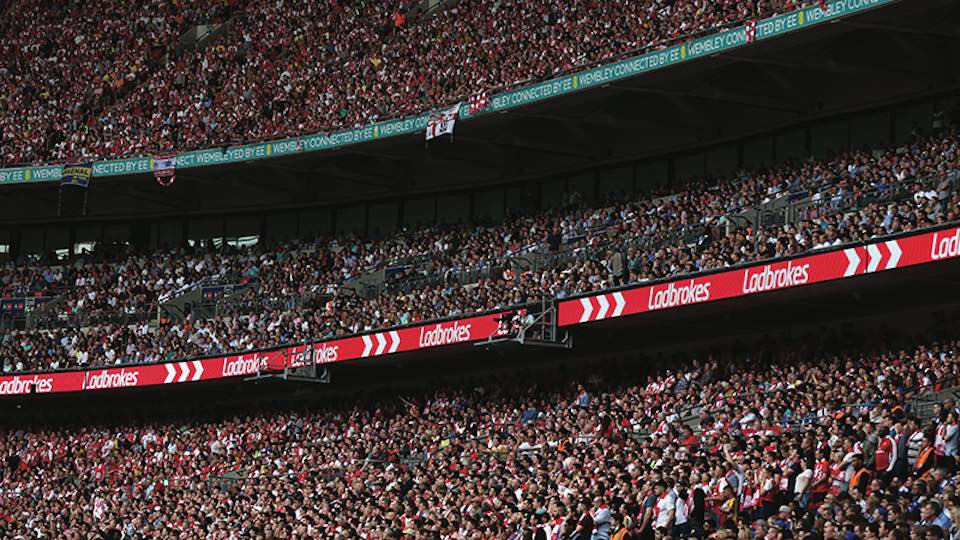 Following last month’s board decision to cut ties with betting companies, the Football Association has pulled out of a four-year sponsorship deal with Ladbrokes, after just one year.

Headed by FA chairman Greg Clarke, the decision was reached after a three-month review of the governing body’s links to the betting industry.

In a statement, FA chief executive Martin Glenn said: “We would like to thank Ladbrokes for both being a valued partner over the last year and for their professionalism and understanding about our change of policy around gambling.”

The reasoning behind the move is that the governing body felt it inappropriate to enforce strict anti-gambling rules for those involved in the game while earning sponsorship money to help promote gambling.

However, the FA has been adamant that the timing of the exit was not related to charges against Joey Barton, which saw the footballer banned from playing for 18 months after placing 1260 bets over a ten-year period. It said that the review had been underway before Barton’s case was settled in April.

The association has said it will continue to work with betting companies, including Ladbrokes, in exchanging information on suspect betting patterns to help regulate the game.

Ladbrokes boss Jim Mullen said the company understands the decision. Mirroring the FA’s comments on continuing to work together, Mullen said: “Football is a passion of ours, and our customers, and we remain committed to working with the FA to ensure the integrity and trust of the sport is maintained for the fans of the game and the millions of customers who enjoy betting on it week in and week out.”

In response to the FA’s decision to end its commercial relationship with the betting industry, the Gambling Commission issued a statement to reassure customers and fans that the industry will continue to work with the governing body on “sport betting integrity issues”.