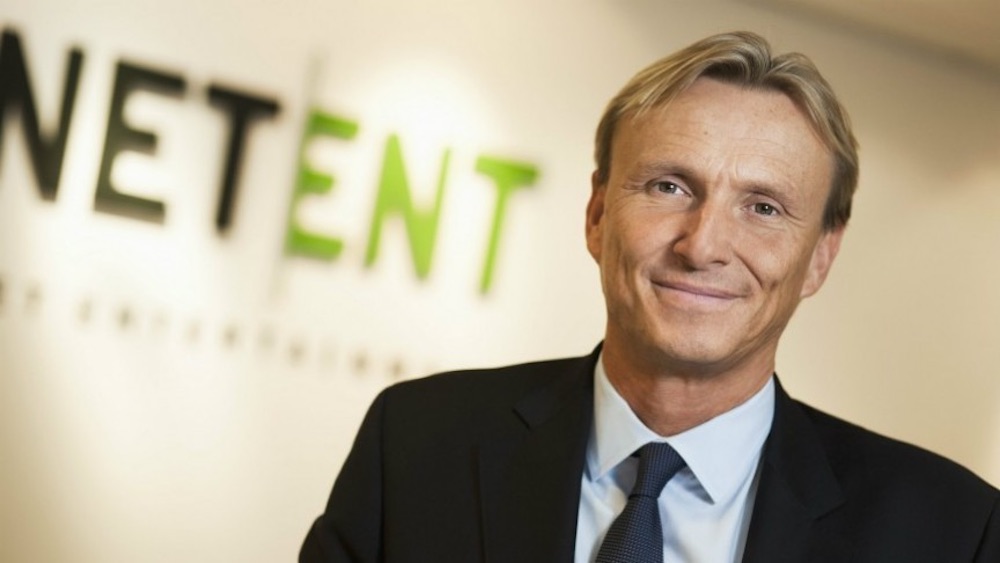 The latest interim report from NetEnt shows the company has continued to increase its revenue profits, particularly in the mobile games sector.

Commenting on the Q2 2017 figures, Per Eriksson, President and CEO, said: “The quarter featured continued solid growth, higher profitability and a strong cash flow. The most important growth drivers were mobile games, Great Britain and Italy. During June, mobile games contributed more than half of our revenues while Britain was our largest geographic market for the quarter. For the second half of 2017, we see conditions for continued solid growth.”

The report highlighted key growths from Q2 2017 with revenues increasing by 15.5% to SEK 407 (352) million and an operating profit of SEK 145 (122) million, an increase of 18.5%. In addition the report shows NetEnt had an operating margin of 35.7 (34.8)% with profit after tax amounting to SEK 134 (113) million, an increase of 17.9%, and the company’s earnings per share amounted to SEK 0.56 (0.47) before and after dilution. Additionally NetEnt signed six new customer agreements and eight new customers’ casinos were launched during the second quarter.

The report also featured key statistics from the company’s first six months 2017 and a range of important events and licence agreements in the second quarter.

Per Eriksson added: “NetEnt’s revenues increased by 15.5 percent and the operating profit increased by 18.5 percent compared to the same quarter last year. The operating margin in the quarter was higher than in the same period last year, mainly driven by growth in revenues. We signed agreements with six new customers and launched our games with eight new customers. The number of gaming transactions in our systems amounted to 10.1 billion during the quarter, corresponding to an increase of 14.4 percent compared to the second quarter of last year. At the same time, the royalty level for our products remained stable. Mobile gaming continues to contribute to our growth and accounted for more than half of our revenues in June. NetEnt continues to generate strong cash flows – in the second quarter free cash flow after investments amounted to 131 SEKm, an increase of 39.8 percent compared to Q2 2016. At the end of May, 540 SEKm of cash was distributed to shareholders through an automatic redemption program. The cash flow generation of our business gives us financial flexibility to invest in future growth while we continue to aim for significant cash returns to our shareholders.”

Discussing the company’s expansion on regulated markets, he continued: “Regionally, Great Britain and Italy contributed the most to our growth in the quarter. Overall, Great Britain was our largest market in the quarter and we continue to see great potential for market share gains in the coming years as we are working even harder to expand in this market. In Italy, all our game traffic now takes place through licensed operators. Revenue growth in Sweden was relatively slower, which can be explained by our high market share and the maturity of the market. I am very pleased that we continue to see fast growth in regulated markets such as Denmark, Belgium, Spain and New Jersey. The launch of table games in Spain during the quarter will support continued solid growth for us in this promising market. In the US, our operations in New Jersey continue at full speed while we also closely monitor developments in other states that could potentially open up for online casino, such as Pennsylvania and Illinois.”

In addition, the company received a number of accolades in the first six months of 2017 alongside the release of a number of popular new games. Per explained: “The key to our growth is our attractive product offering with new thrilling games and innovative gaming solutions for online casinos. In June, we won several prestigious awards at the EGR B2B Awards in London, in the categories Mobile supplier, RNG casino supplier and Innovation in RNG casino software. Four new games released in the quarter are Hansel and Gretel, Copy Cats, Butterfly Staxx and Scruffy Duck. At the end of August we will release emoji planet™, the much-awaited branded game that is based on the popular emoji symbols used in digital communication globally by people across all age categories. Like we have said before, we will step up the pace of new game releases going forward. This will be seen in the second half of this year, when we will also launch three branded games. Live Casino remains an interesting area for us and our ongoing mobile product enhancements – with live player rewards being the latest added feature – have been much appreciated by our customers.”

In conclusion, Per Eriksson focused on the future for NetEnt. He said: “The future outlook remains bright and for the remainder of 2017, we see conditions for continued solid growth supported by new games, increasing market shares in the UK, mobile growth, many new customers to launch and our expansion in North America. We continue to hire more employees and develop our platform. We strengthen the organization to increase our output capacity, enter more regulated markets and integrate a large number of new customers. With this in mind, we foresee an ongoing need to invest during the rest of 2017. We do this to enable continued solid growth with increasing economies of scale for NetEnt going forward.”

This information is information that NetEnt AB (publ) is obliged to make public pursuant to the EU Market Abuse Regulation and the Securities Markets Act.