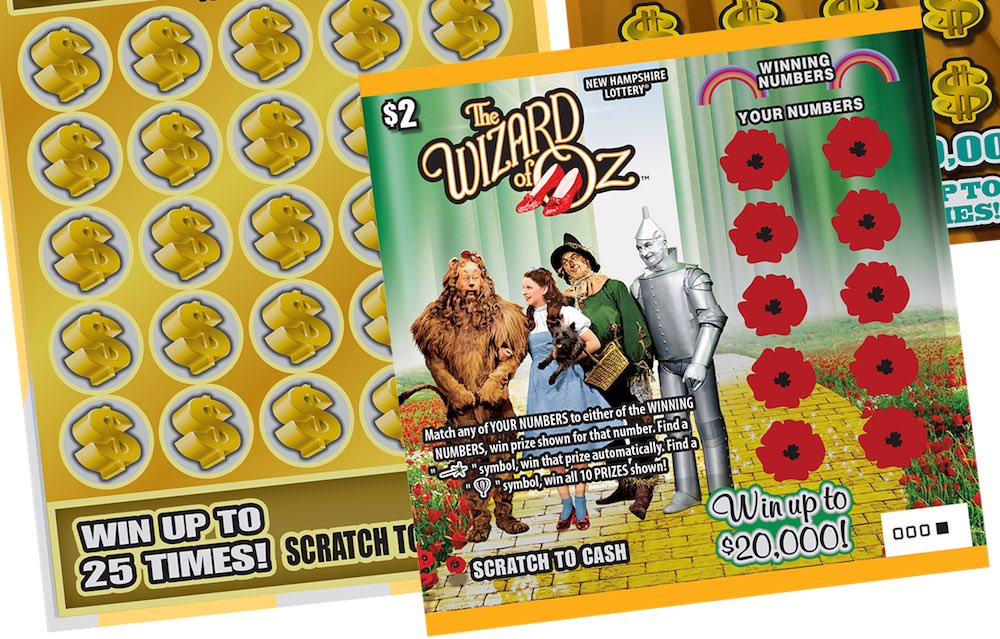 The New Hampshire Lottery, the first U.S. state lottery and one of the nation’s most successful lotteries, has partnered with Scientific Games since its first instant game launch in 1975, and for the last 10 years the company has served as the Lottery’s sole instant game provider.

The new four-year contract begins July 1, 2017 and may be extended for two additional years. Scientific Games also provides licensed properties to the Lottery, including the fan favorite THE WIZARD OF OZ™, and interactive games such as SLINGO® Lottery Challenge.

Charlie McIntyre, Executive Director of the New Hampshire Lottery, said: “Our collaboration on instant games over the last four decades is truly a success story. Scientific Games has deep expertise with prize structures, and highly experienced game designers who create games our players love to play. Most important, their instant games have generated millions in revenue to support education in New Hampshire.”

In New Hampshire, total instant game sales have increased 6.4 percent in the last five years (FY 2011-2016), with instant game per capita sales increasing 6.2 percent compared to 5.7 percent for the industry. Creative options like Scientific Games’ Scratch My Back®, offering play on both sides of the ticket, have recently been a big hit with players in the state.

John Schulz, Senior Vice President, Instant Products, for Scientific Games, said: “We appreciate the New Hampshire Lottery’s confidence in Scientific Games’ ability to offer a wide array of instant games. Ultimately, our goal is to provide the Lottery with the most innovative game portfolio to entertain New Hampshire players and help drive proceeds for education.”

Scientific Games currently supplies more than 70 percent of lottery instant games in the U.S. and provides games, technology and services to more than 150 lotteries worldwide, including nearly every North American lottery.