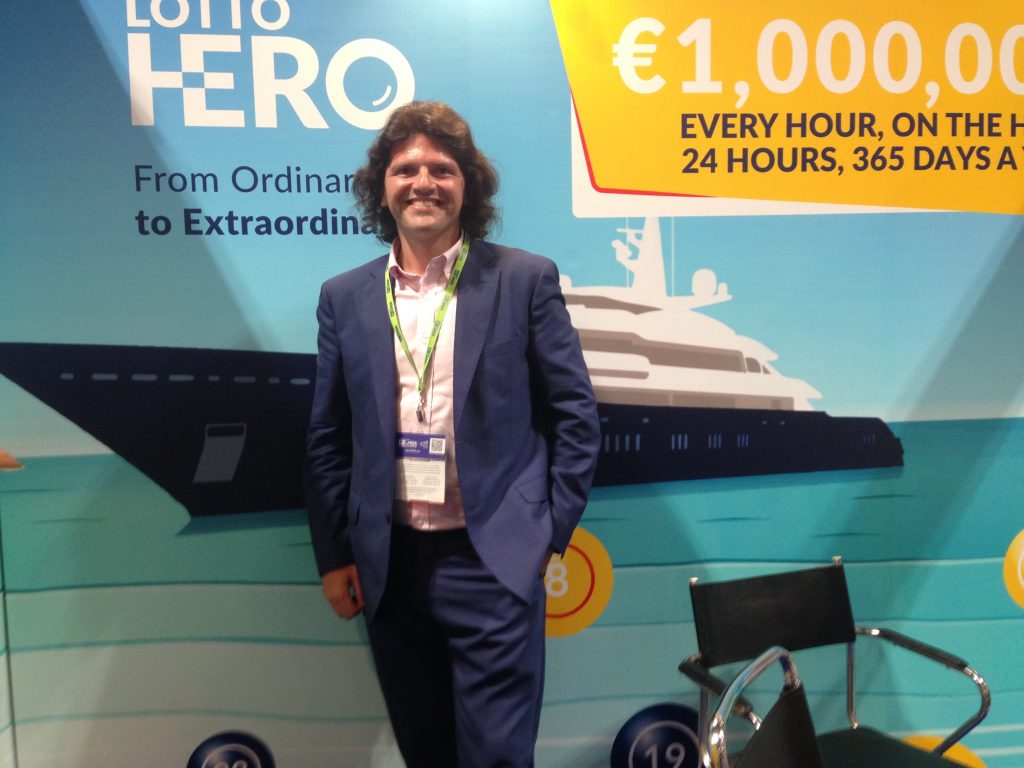 By tapping into those elusive millennials with straight-forward mobile integration, Bit8’s Lotto Hero is well on track to changing the lotto landscape for both operators and players worldwide.

This month the mobile-friendly lottery game – which offers players the chance to win a million Euros an hour, every hour – garnered further interest from visitors at G2E Asia; a testament to its universal appeal.

“We have 22 operators in the pipeline, with more looking to come in the future,” commented Angelo Dalli, CEO of Bit8.  “There has been a lot of interest, both from the traditional igaming operators and land based operators, so we’re trying to expand the reach as much as possible. These operators are mostly in Europe, but we have also got strong interest in Latin America and Asia. We are here in Macau to test the waters, so to speak.”

“We thought about a one million an hour draw so that it can be applicable anywhere in the world. One million an hour is easy to explain in any culture,” continued Dalli. “So it’s done with a global audience in mind, it’s not culture specific.” Lotto Hero is set to be hosted on a multi-tenant platform which enables it to be provided to players around the world through operator websites.

Players, who require no skill to play the game, purchase two Euro Lotto Hero coupons ahead of each draw, which will be made on the hour. Any that pick seven numbers and the correct card suit, drawn at random, are guaranteed at least one million Euros in prize money. If the first attempt does not succeed, Lotto Hero offers a second chance draw for players, as well as other bonuses depending on how many of the picked numbers and cards appear in each draw.

Bit8’s recent experiences in the Asian market inspired new feature ‘Hero Bits’. “They are specific patterns of numbers, and you can buy a ticket based on those numbers,” explained Dalli, “so they’ll have Asian numerology, horoscopes, all these slants. In Europe we’ll have more of the Zodiac stuff and birthdays. These are customised according to the location of the operator, so they appeal to players in a particular region.”

Operators who sign up before the end of June will be guaranteed to be in the first wave of live lottos, as well as having the usual integration costs waived, allowing for a risk-free chance to try out Lotto Hero on their sites.