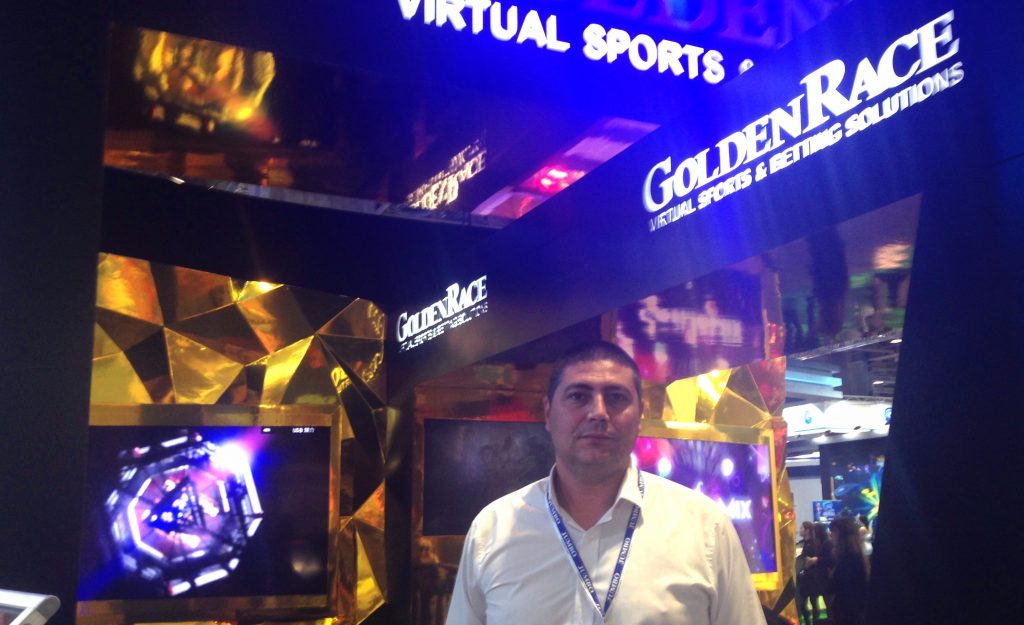 Speaking at G2E Asia, Head of Asia Lorenzo Meroni, was optimistic about the firm’s prospects in launching the genre across the Asian continent, with mainland China seen at the mother of all markets.

“Virtual in general for Asian markets is a very new game. Nobody knows it,” says Meroni.

Asian’s can be slow to adopt new games, he says, but as with slots, once they do they do “they play like crazy. So I don’t see virtuals being any different.”

Golden Race’s USP, Meroni tells me, is its flexibility and affordability, making it an ideal product for startups in emerging markets in Asia, Africa and Latin America.

“We’re a very flexible platform. We give operators an open book and they write the rest of the story,” says Meroni. “We’re also very low in startup fees compared to our competitors. You can start you business with only $1,000 – nobody else can do that.”

A key differentiator, is that Golden Race’s inhouse bookies produce their own “realistic odds” every two weeks, which are then put into an RNG. “So it’s not like using a slot machine, and the sportsbook player realises that. That’s a major difference.”

Golden Race’s light-weight model already dominates the African market: it doubled its retail presence from 20,000 shops to 40,000, last year alone, and continues to expand in the Philippines. Yet his attention now turns to prying apart the coveted Chinese lottery market.

“China is the target for everybody,” Meroni admits. “But we had a very strong partnership with the Chinese lottery before they shut the process down. So hopefully our games will go on the market soon after it opens again.”