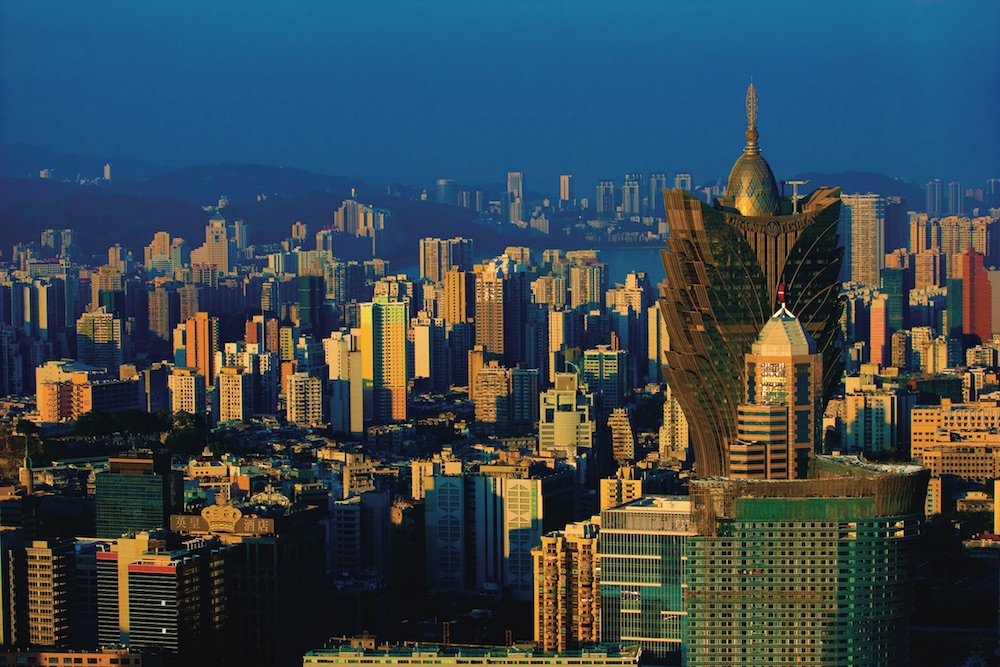 With a new Asian middleclass now primed for western-style leisure spending, there were more than just casino suppliers upping the ante in Macau at G2E Asia.

Since Macau returned to Chinese hands at the turn of the century, its decade and a half of gaming growth has been sporadic: too reliant on a coterie of high rollers and too exposed to the whimsy of its central state. But things are finally starting to change, and effects are being felt far beyond Macau or even mainland China. G2E Asia 2017 was no exception.

The Cotai Strip, where most new casinos are built, as well as the city itself, are glittering examples of the how the global economy has tilted, is still tilting, back towards the east. Built on the backs of US and Chinese wealth, the expanding mecca of monolithic architecture, thousand-plus room hotels and endless networks of (still vacant) high-end retail, is at once a mirror of the Las Vegas glory days, and a destination of a new order entirely.

The Venetian’s own casino floor – an immense half a million square foot homage to the middle-class mass market, that China’s politburo had promised it would unleash – had long lain largely empty. It now seethes with the optimism and opulence of Asia’s nouveau riche.

Seventeen million mainland Chinese now pass through Macau each year. Rather than simply supporting the city’s second boom, there is evidence to suggest these casual players are finally beginning to drive it. Just this month gaming growth soared 23.7 percent; mass market yield was up by 15.

And with this shift comes a wave of new opportunities. High roller baccarat tables do not inspire much economic activity to service, whereas more players means not only more machines and maintenance, but more variety and more demand: entertainment, infrastructure, catering and supporting enterprise.

Nowhere was this trend more evident than G2E’s show floor.  “Innovating for Asia” was a common expression among so many western suppliers. Forged on the ubiquity of mass players elsewhere, several market leaders admitted having neglected to truly focus on these eastern territories. For many companies, this year, that changed. All were well versed in the Asian appetite for colour-sensitive iconography and volatile mathematics.

And with greater wealth comes the pressure of expectation; a pressure governments are now less inclined to suppress. The growth in igaming was perhaps its greatest expression. What last year lingered timidly in shadowy expo corners, was a lavish display of recent success, ambitious intent and a notable absence of inhibition. Sports betting too made a significant contribution to the once exclusively casino-oriented floor plan.

The pressure to innovate could hardly be more intense. Having been painfully slow to adopt slot after baccarat, the Chinese are now the sectors most devoted consumers. But there’s little reason to believe that sluggishness will continue. A class created on this second tech revolution will be hard to keep up with once gaming takes its hold. New generations of Asians with new demands – for mobile, esports, social and skill – is expected to determine the allocation of gaming capital in years to come.

These changes are not localised to Macau. As relations between China and the Philippines improve, an already evident spillover of Chinese visitors is boosting activity there. India’s middle-class now includes half its 1.2 billion population; Vietnam’s is expected to double in just five years. Where this isn’t happening now, in time, it will.

And yet perhaps the greatest indication of Asia as a new centre, is the amount of discussions that had nothing to do with APAC. Brazil, Greece, Peru, and Africa, were all synonymous with the roving frontier. Not only had Macau become a meeting place for the market makers, but a melting pot of the innovators, and a model to export elsewhere.