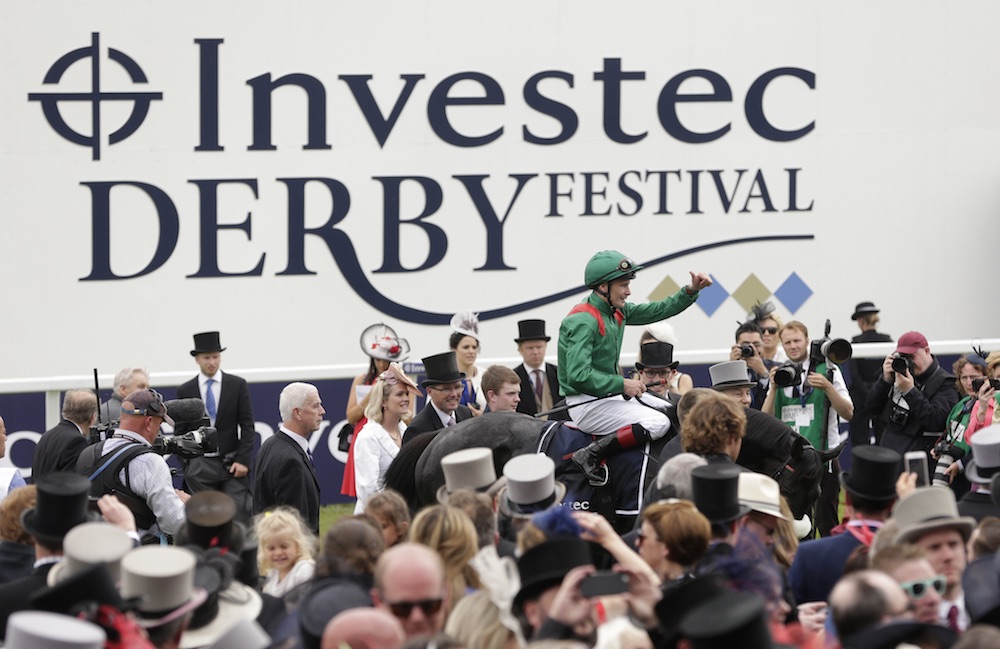 The Investec Derby from Epsom Downs Racecourse in the UK will be available live to an audience reach of circa 550 million on Saturday, with first-time broadcasters including Sport 24 (airlines and cruise lines) and NBC Sports (US).

This year’s edition, in which Frankie Dettori’s mount Cracksman is set to line up as favourite, boasts a record £1.625m in prize-money and will be the richest race ever run in Britain.

Racecourse Media Group (RMG), the UK-based media rights organisation which produces and distributes top-class horseracing around the world, will deliver full global coverage of the race for the first time this year.

In a first for the Investec Derby, the 2400-metre showpiece will be shown live on selected aircraft and ships on 14 airlines and 11 cruise lines via the Sport 24 channel.

NBC Sports Network in the US, which is broadcasting a live 90-minute programme, is also taking the fixture for the first time, while other broadcasters taking live coverage include ITV (UK), TV3 (Ireland), SuperSport (South Africa and Sub-Saharan Africa), Match TV (Russia) and TVP (Poland).

The Investec Derby will also be broadcast OTT following an agreement with DAZN, which will be showing the race in Japan, Germany, Switzerland and Austria, and TV Maritim Norge AS, which covers Scandinavia.

More than 20,000 British troops and personnel serving overseas will be able to enjoy ITV’s coverage of the Investec Derby via British Forces Broadcasting Service (BFBS), which means the race will be broadcast over 16 time zones including Afghanistan, Brunei, Germany, Gibraltar, Cyprus, Iraq, Falklands and Canada as well as on Royal Navy ships at sea.

Delayed coverage of the Investec Derby will swell the total audience reach to well over a billion. The race will be widely available to news outlets across the world via SNTV, the leading sports news video agency, while CNN is covering the race for its World Sport and Winning Post broadcasts.

RMG will also make the fixture available in 40,000 betting shops across 43 countries and via 40 online bookmakers, which will be streaming the race. RMG’s TV channel, Racing UK, will also show the race to 50,000 subscribers and in 6,000 pubs and clubs in the UK and Ireland.

Radio listeners will enjoy live coverage in the UK courtesy of BBC Radio 5 Live and talkSPORT, while Racing UK Radio, which syndicates audio on behalf of Epsom Downs Racecourse, will distribute to regional, national and international news stations.

Phil White, London Regional Director of Jockey Club Racecourses, which owns Epsom Downs Racecourse, said: “It is fantastic news that the Investec Derby will be available to hundreds of millions of people across the globe.

“This race is part of the fabric of British sport and the result has implications in racing industries throughout the world. We look forward to all eyes turning to the famous turf at Epsom Downs Racecourse on Saturday June 3.”

Adam Binns, RMG’s Director of Broadcast, said: “We are delighted the Investec Derby will enjoy the wide and varied exposure that one of the UK’s great sporting and social events merits.”