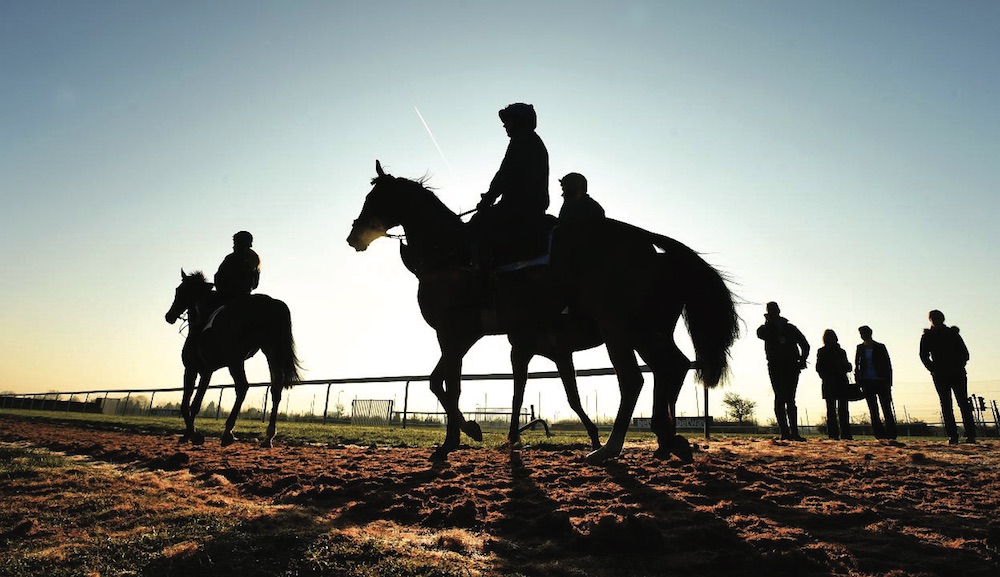 In an increasingly competitive and low-margin market for online sports betting, loading times and bets-per-minute have come to define the industry’s winners and losers. The Grand National results were mixed on race day, yet even the fastest off the block may be wishing they’d slowed down their Scottish customers this year.

As forty horses took to the field in the UK’s Grand National in April, Britain’s online bookmakers took part in their own technological race: competing for hundreds of betsper- second on the single busiest betting day of the year.

A pained attempt to use an online platform can be hard to forget for today’s more discerning consumers, and with margins so low, quantity is everything. For a spur of the moment activity such as betting, loading times and bet processing speeds can make all the difference to bookmakers’ success and failure.

According to one digital intelligence firm, Catchpoint, Britain’s bookmakers “failed to deliver on web performance and digital experience” at this year’s Grand National. Although the pudding paints a very different picture.

“Keeping your site up and running and performing well at all times on the high-stakes race day is at the heart of whether your online betting business flourishes,” notes Robert Castley, senior performance engineer at Catchpoint. “Unfortunately, on Saturday UK betting sites did not maintain a good standard and the majority of their pages took considerably longer to load than is acceptable in our digital consumer economy.”

Catchpoint monitored the loading times of web pages at some of the UK’s most used online betting platforms including SkyBet, bet365, Paddy Power and Ladbrokes. Its analysis delivered some underwhelming results – with an average industry loading time of four seconds.

Catchpoint says anything over three seconds should be enough to deter potential punters.

The fastest monitored site, Blue Square, achieved an average of 1.2 seconds; the slowest was Gamebookers at a wearisome eight seconds. But even some of the industry’s leading operators such as SkyBet and Paddy Power took six and seven seconds respectively. Underlying infrastructures, it added, such as content delivery networks and data centre capacity, also seem to have been underpowered.

“Whether this frustrated someone placing the winning bet may never be known but we hope the industry learns from this year and runs a faster digital Grand National next year,” said Castley.

While tardy landing pages can take the caprice out of those more spontaneous bettors, loading times clearly aren’t everything. In fact, betting on the Grand National this year is expected to have surpassed £150m for the first time.

NYX’s OpenBet, the betting platform software used by a wide range of leading bookies, claims to have handled 24 million bets in only a 24 hour period on the Saturday of the race – an industry record and a 10 percent increase on last year. At 68,000 bets per minute, the platform nearly doubled Amazon’s 2016 record of 36,000 transactions in 60 seconds, said NYX.

One longterm client of OpenBet’s, Sky Betting and Gaming, happily shrugged off Catchpoint’s claims that its slow loading time showed it was “not well prepared for a huge spike in demand for online bets.”

The bookmaker peaked at handling 300 bets per second in the run up to race, enabling it to take wagers from nearly one million different customers – with “no major tech issues or customer contact queues” to boot.

“Some of the challenges that we face on a day like today are unparalleled in European e-commerce and our team have shown an amazing ability to rise to these challenges,” said CEO Richard Flint. “Many thanks and well done.”

Paddy Power too, another OpenBet user, was unconcerned by its trailing seven second loading time.

“Saturday was fantastic for us,” said the bookie’s head of sports integration, Chris McCoy, “and the reliability and performance of OpenBet’s sportsbook was a key part of that success.”

Yet in that cruel twist of fate that bookmakers know all too well, deterring some eager punters, especially those in Scotland, might not have been all that bad.