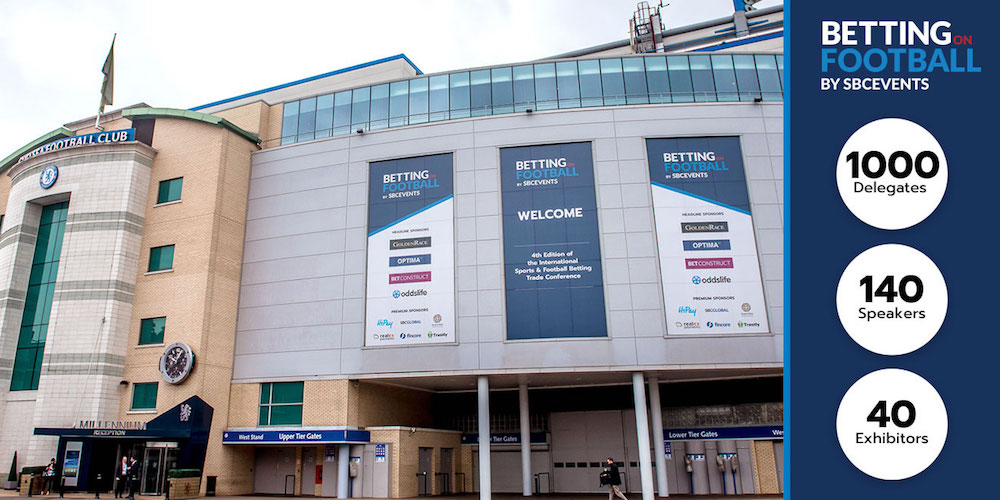 The Betting on Football 2017 conference has received overwhelmingly positive feedback in a survey carried out by organisers, SBC Events.

Betting on Football 2017 has been hailed as a great success with 97.4% of visitors to the conference saying they would recommend it to a colleague in the survey.

Delegates, sponsors, speakers and exhibitors from the 3-5 May event also rated the networking opportunities at Stamford Bridge as 70% ‘excellent’ or ‘very good’ while pinpointing this as the most important reason for attending the event.

SBC claims that the survey feedback is already being used to improve future events, starting with Betting on Sports (13-15 September), which 85% of survey respondents have expressed an interest in attending.

For example, an improved version of the official event app will be available for the conference in Olympia, Kensington, after 70% said that it had proved useful at #bofcon2017.

Jesper Kärrbrink commented: “SBC is here to stay. Betting on Football provided great networking and seminar focus. With a sportsbook and football focus, the exhibition was also very targeted and you basically found something interesting in every booth. I’m impressed with the high number of attendees, which made it possible to have a lot of productive meetings in just two days.”

He said: “Betting on Football is an incredibly valuable event in the sports betting calendar. It’s now very much established and has grown year on year to the extent that for us, it’s second only to ICE in terms of business importance.”

These comments were emphasised by a survey finding that 100% of the exhibitors that responded are interested in returning for Betting on Sports.