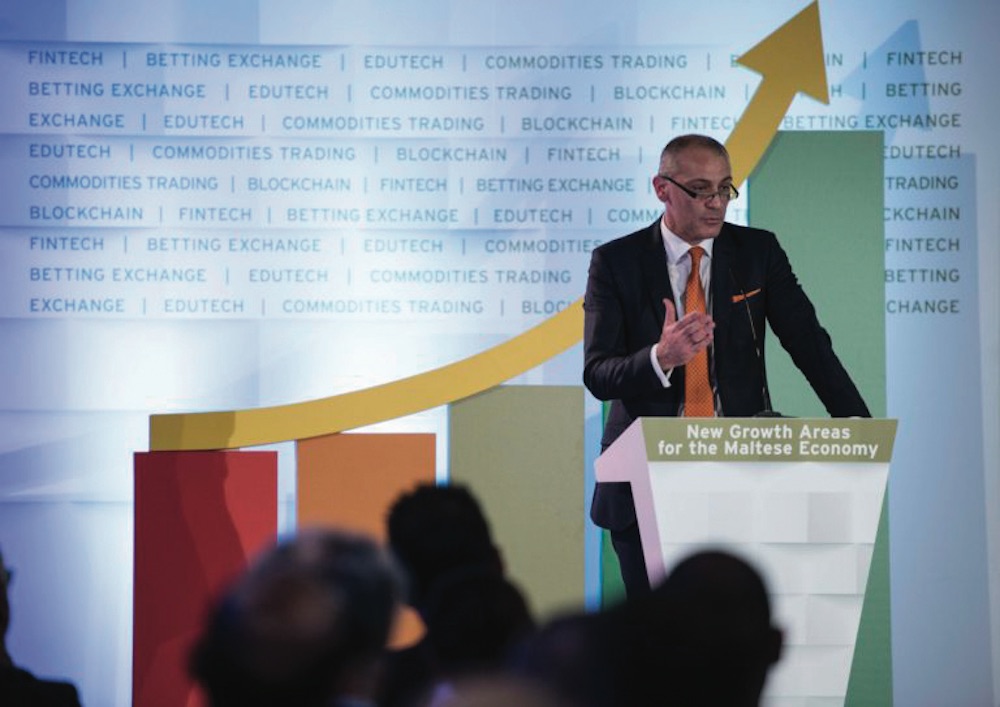 Embracing the rapid pace of change in the industry, the MGA (Malta Gaming Authority) is pushing ahead with its bold new vision for gaming. According to executive director Joseph Cuschieri, this will include unprecedented investment in sector-specific skills and a future-proof approach to the regulation of digital currencies.

The Malta Gaming Authority (MGA) is continuing work on a wideranging revamp of its current licensing structure, with plans to establish a new national betting exchange and permit the use of virtual currencies as early as this year.

In a speech given at Malta’s National Conference on New Economic Growth Areas, MGA executive chairman Joseph Cuschieri set out his vision for a “future proof” regulatory framework that would cement Malta’s place as a global gaming hub.

Focussing on three key tenets – focus, efficiency and flexibility – Cuschieri said the MGA would hone in on the technologies which would “underpin gaming in years to come”.

“We are seeing an increased convergence between game types, channels of distribution and markets,” he told conference attendees. “We are looking at new technologies such as skins gambling, virtual reality and others which will shape the industry to come. We are also studying the possible introduction of virtual currencies in a gaming context.”

As evidence of its commitment to embracing disruptive technologies, the Maltese regulator has spent several months conducting in-depth investigations into burgeoning digital and crypto-currencies – with a view to eventually permitting the use of such currencies in gambling transactions.

Although investigations are on-going, the MGA says its goal is to stay abreast of this fastmoving area, eventually welcoming the use of digital and virtual currencies for deposits, bets or withdrawals.

“In the context of the rapid developments in this area which are taking place at a global level, the Maltese regulatory system cannot afford any loss in competitive edge in this regard, especially to sustain its reputation as a forwardlooking jurisdiction which is friendly to compliant businesses,” Cuschieri said.

In line with its strategy to support and promote gaming firms on the island, the MGA is also planning to establish national betting exchange to create a framework where bets can be hedged.

According to industry news sources, this exchange would be accessible to firms who aren’t licensed in Malta, but details such as commission rates are yet to be confirmed.

In addition to these measures, Malta will be focussing strongly on developing and regulating business-to-business activities – an area which, according to Cuschieri, is at once “less vulnerable to financial crime, regulatory and other external risks” and able to make “an even more pronounced contribution to the economy”.

He also revealed that the MGA would soon be launching its European Gaming Institute of Malta in order to boost skills and human resources in the region.

The new Institute, developed in partnership with the Malta College of Arts, Science and Technology, will work closely with local businesses to deliver training that is targeted and sector-specific.

“I dare say that we are at the pinnacle of an exciting period of challenge and change, one which I confidently expect will see us consolidating and perhaps improving our contribution to the Maltese economy and society at large, by being at the forefront of an industry with global reach and which operates at the cutting edge of technological development,” Cuschieri added.