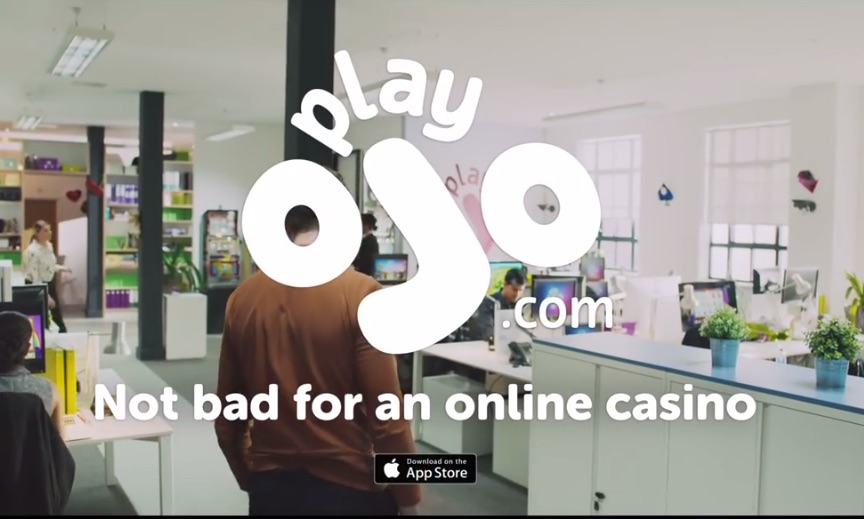 The operator of PlayOJO, Skillonnet, is ramping up spend on its first UK television advertising campaign following a successful test period.

The advert was initially broadcast in March on Channel 4, Sky and digital channels, and will now be rolled-out across Channel 5, ITV and E4 post primetime.

The ad stars Geoff Bell (Green Street Hooligans; The Business; Kingsman: The Secret Service) as a rogue PlayOJO employee who represents the “old” way of running an online casino.

He ultimately resigns in disgust at PlayOJO’s policy of giving its players money back on every bet, which leads us into the tagline: “Not bad for an online casino.”

The extended TV campaign will be supported by press adds highlighting PlayOJO’s USPs, particularly its mission to revolutionise the sector with a braver, fairer proposition for players.

Despite having only launched in February, PlayOJO co-founder Ohad Narkis, says the operator is already challenging the status quo.

“Our first UK TV campaign has been a roaring success, introducing players to the PlayOJO brand for the first time and showcasing what makes us different to the other online casinos in the market.

“It has proved to be hugely effective in building equity in the PlayOJO brand, and drawing players towards our engaging yet transparent proposition, which is why we have taken the decision to roll it out across more channels over the coming weeks and months.”

To view the advert, visit https://www.youtube.com/watch?v=d3Akti-IoWA