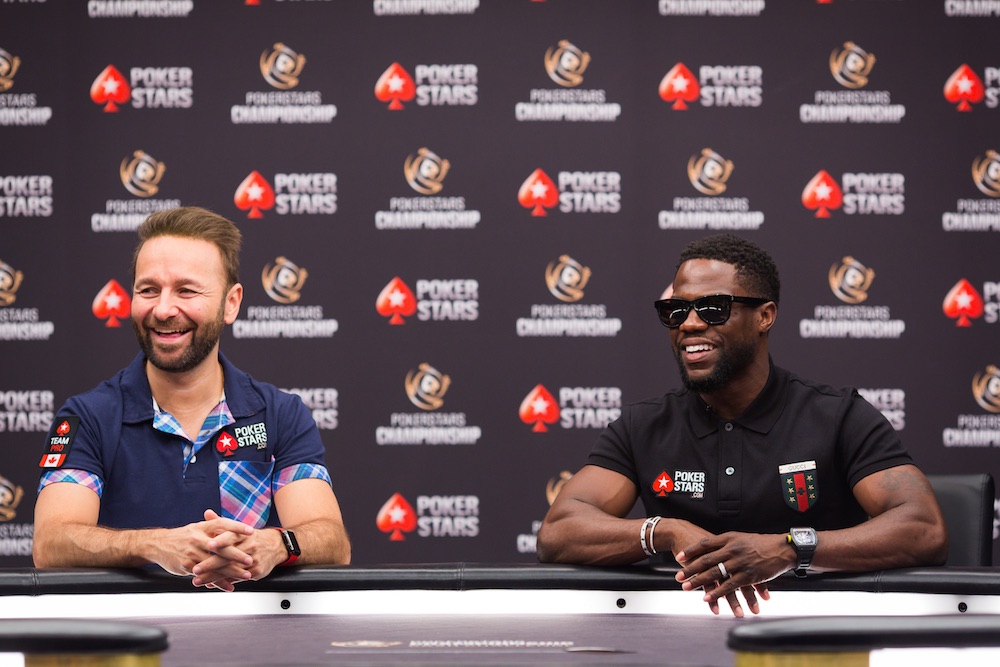 Hollywood celebrity, Kevin Hart, announced he would be collaborating with PokerStars in a press conference alongside Daniel Negreanu in Monte Carlo.

Comedian Kevin Hart has confirmed a partnership with PokerStars, an Amaya Inc, brand, to promote the game of poker and introduce PokerStars, the world’s largest online poker site, to new audiences.

In a hastily called press conference in Monaco during the PokerStars Championship presented by Monte Carlo Casino®, which is running until May 5, Hart revealed the intriguing new partnership.

The Hollywood star called the press conference on his Facebook and enlisted Team PokerStars Pro Daniel Negreanu to announce Hart’s plan to change the face of poker.

“I am going to make poker fun, and working with PokerStars will give me the poker platform I need to do this,” Hart said. “I’m glad there are all these poker pros here who I can compete with and take their money. But the best thing about poker is that anyone can play it, whether you’re making millions like Daniel Negreanu or just sitting around the kitchen table playing for coins.”

“I’m not going to tell you yet how we’re going to do it,” Hart added. “But I have some great ideas for bring poker to the people, while having fun.”

Hart said he will leverage PokerStars marketing, live events and his own social media channels to promote the fun and social aspects of poker..

“We take poker seriously, because that’s our business. Kevin Hart makes everything he does fun because that’s his business,” said Eric Hollreiser, Amaya Vice President of Corporate Communications. “Kevin is a maverick and we’re thrilled to work with him to take poker to new audiences around the world and have a great time doing it.”

Hart arrived in Monaco to take part in the action at PokerStars Championship tournaments at the glamorous Monte Carlo Bay Casino Hotel & Resort. He shook up the tournament floor with his antics and banter, breaking the often quiet and focused concentration of many of the world’s best poker players.

The PokerStars Championship presented by Monte Carlo Casino® continues from April 25 – May 5, at the Monte Carlo Bay Casino Hotel & Resort, with world-class players competing over 11 days for an expected prize pool of over €30 million.