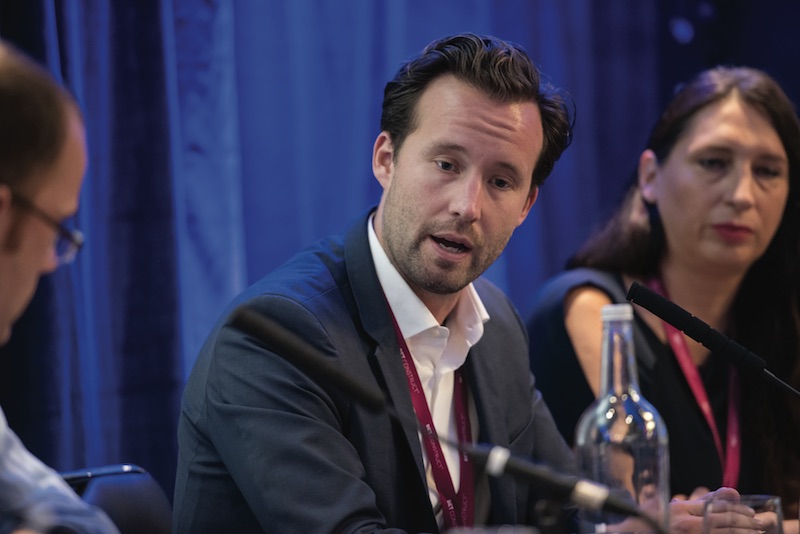 The fourth incarnation of the Betting on Football Conference (3-5 May) will be the biggest one yet, with an action-packed agenda for the leading lights in the sports betting industry.

Organised by SBC Events, #bofcon2017 will be held at Chelsea FC’s Stamford Bridge, with a dedicated exhibition area in the Great Hall and two conference streams in the Drake and Harris Suites.

During the first two days, we will be introducing 130 speakers, split between 35 panel discussions and presentations across three conference rooms. The event, which also features two high-end networking parties, will be rounded off with a relaxed networking breakfast on the final morning.

Peikert commented: “We are attending Betting on Football 2017 because, as a 100% subsidiary of Volkswagen, VfL Wolfsburg has a big responsibility to attract serious partners. We also want to prepare ourselves for virtual advertising with more betting partners. Corporate social responsibility should play a central role within these partnerships.”

The international appeal of the event is underlined by the presence of Peikert, alongside AC Milan COO Jaap Kalma, AS Roma Managing Director Mauro Baldissoni, Juventus Head of International Sales & Sponsorship, and a high-profile double act from La Liga, Adolfo Bara (Managing Director of Sales & Marketing) and Alfredo Lorenzo (Integrity and Security Director).

Lorenzo will be an interested observer at the first day leadership track session on match fixing, ‘Keeping it clean’, which will feature Bill South,? Group Director of Security and Community Affairs at William Hill, Peter McLaughlin, Security & Integrity Officer for the Scottish Football Association, and Ivor Heller, Commercial Director at AFC Wimbledon.

Heller commented: “I’ve long been interested in betting and its curious relationship with football on a business level. I’m keen to share our experience at club level on the FA’s blanket ban on betting across the sport and its implications for integrity, and the Betting on Football conference provides a great opportunity and platform for that.”

SBC Managing Director Andrew McCarron commented: “You could say we’ve given Betting on Football a full makeover with the number or improvements we’ve planned for 2017. We’re taking more than twice the space of 2016 and spread it across three days instead of one. And we are doing something really special on the networking front at Stamford Bridge.”

However, the home of Premier League leaders Chelsea is just one of three top London venues set for centre stage, alongside the Richard Branson-owned Kensington Roof Gardens and Roman Abramovich’s Under the Bridge nightclub. Kensington Roof Gardens will host the official networking party on 3rd May whilst Under the Bridge will open its doors for the official closing party on 4th May.

The conference will once again underline its international credentials by delivering an extensive update on football betting markets across the globe, from an increasingly digitalised Africa, to a ‘hotbed of innovation’ in Scandinavia and the potential for legalised sports betting in Trump’s America.

The Scandinavian-based C-Level panel will be one of the many conference highlights, with Danske Spil CEO Niels Erik Folmann, Mr Green CEO and former Svenska Spel CEO Jesper Kaarbrink and LeoVegas CEO Johan Styren delivering special insight on how the industry can learn from Nordic disciplines and deal with the presence of local challenges.

Styren said: “We are pleased to be involved with Betting on Football this year as it looks like a great opportunity for the betting industry to connect and debate the latest trends and developments. I am particularly looking forward to our session on the Scandinavian market and discussing why the region is so innovative within our sector.”

Langeland added: “As an industry stakeholder, it is refreshing to see BOFCON 2017 discuss industry trading complexities and potential future impacts. We must recognise that technology and innovation will affect all key components of the industry’s value chain. It is now, more than ever, vitally important that trading dynamics are discussed and analysed at a leadership level. I look forward to sharing my personal insight on the matter along with the expert panel team SBC have put forward for the show.”