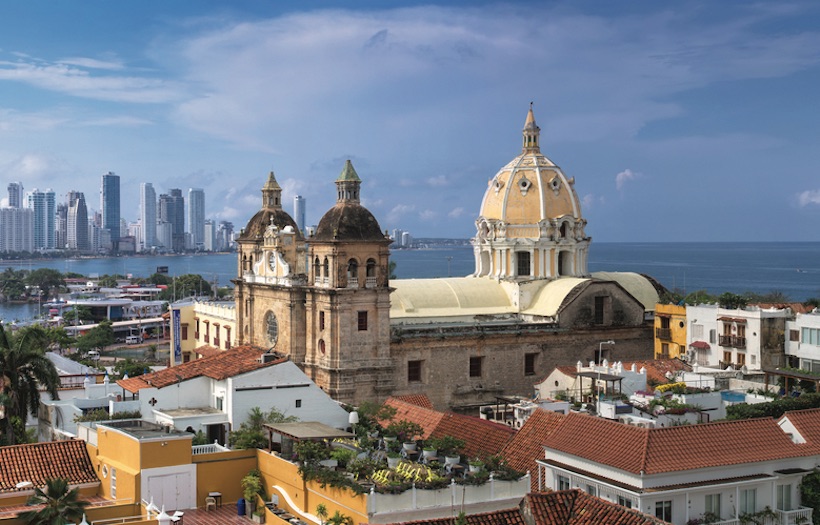 One of the most successful economies in South America, Colombia is emerging as an iGaming jurisdiction and the country’s first online operators could be up and running this month.

Home to 48 million people, Colombia has the third highest population in Latin America, just over half of whom are internet users.

“In general, regarding the Colombian population, our studies calculate that 59 percent of people are satisfied with the [national gaming industry] and are either players or would consider participating,” said Diana Blanco Garzon, VP of business development for the national regulator Coljuegos, speaking at ICE 2017’s LatAm Briefing.

“Based on this, we consider that there is a significant expectation for further growth in the coming years.”

In 2016, the average expenditure per capita on gambling was $94, in 2015 it was around $20. Coljuegos has stated that its goal is to grow this figure by 300 percent in the next five years and the country’s nascent regulated online sector plays a significant role in the regulator’s expansion plans.

“It’s important to emphasise that Colombia is the first country in Latin America to regulate online gaming,” Blanco Garzon stated.

“In this respect we are also very interested in collaborating with other countries and jurisdictions that are looking at this type of regulation for their economies.”

In November 2015, the gambling regulator Coljuegos reiterated its intention to block illegal gambling websites via local police agencies, while the following month draft regulations and technical standards for iGaming operators were published.

“Yes, there is a lot of work ahead. Imagine, there are companies that operate from other countries and, in some cases, from Colombia but they do not pay their taxes in our territory while they still bill users in this country,” said Coljuegos president Juan B Perez Hidalgo, speaking in May 2016.

“17.7 million Colombians have credit cards, and this is one of the principle aspects for operating in the gaming sector, and more that 53 million have smartphones,” explained Blanco Garzon.

“For this reason online gaming will be a very good distribution channel for gaming products.”

Licensed operators will pay a tax of 15 to 17 percent on gross gaming yield and will be required to ensure a return to player (RTP) of 83 percent through a .co website domain.

Operators must pay a levy of 15 percent gross gaming revenue (GGR) when the RTP, according to the rules of the game, is equal to or greater than 83 percent of the expected value of the bet.

Another significant feature of the new regulatory framework is the liberalisation of promotional games. These games allow companies to advertise and promote their goods or services by offering prizes to the players, without the requirement to pay to play.

Thus any business that markets products and services to the general public may have its own version of a sportsbook, lotto, poker allowing companies to increase sales and visibility of their brands.

Despite this there are several challenges facing the newly regulated sector. While Colombia represents a USD$1.5bn market and six out of 10 people are participate in gaming, just a fifth of the population own a credit card.

Additionally there remains a widespread preference for conducting cash-based transactions and there remains a cultural aversion for paying goods and services over internet.

The country’s banking sector presents a further obstacle, most banks decline to deal with the gaming industry and the lack of payment gateways in Colombia could prevent consumers from playing online due to the absence of adequate payment methods.

Those gateways that are willing to funnel gaming payments, can charge 10 percent or more of the deposit, which could be unviable for operators considering entering the jurisdiction.

Coljuegos is keen to encourage international operators to enter the newly regulated market and while licence applications must be presented in Spanish, the regulator has provided a translation of the requirements in English on its website, aiming to help smooth the application process.

Once online gaming products have passed the certification process, Blanco Garzon estimated that the rest of the licensing process should take about two months, with the first online operations due to commence in April following the receipt of the first applications this February.