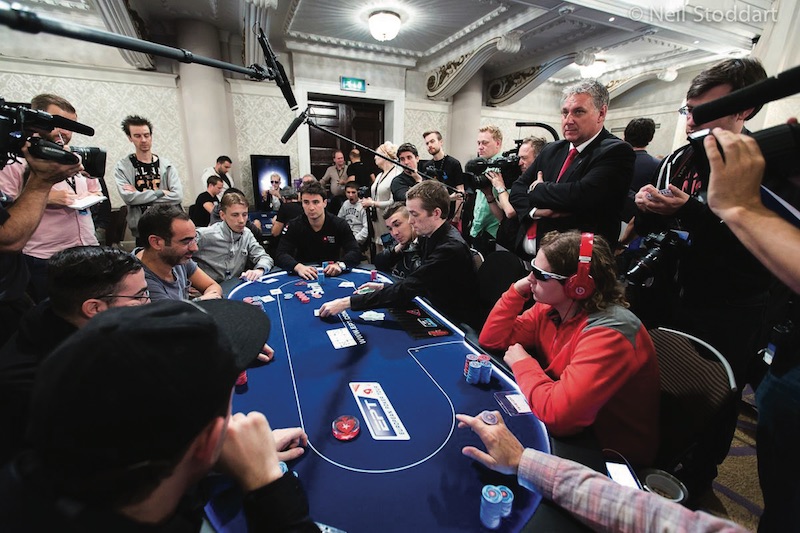 With poker revenues failing to cut the mustard in 2016, both Amaya and 888 Holdings have declared their appetite for major mergers. Both have a sports betting match firmly in their sights.

Now that 2016’s financials are all out in the open, some of betting and gaming’s biggest beasts are preparing their wares in time for acquisition season. None more so perhaps than the world’s leading poker providers.

Having endured falling revenues in their respective poker divisions last year both Amaya and 888 appear to be sizing up sports betting allies.

Firstly Amaya Holdings, which issued a “record year of revenues” in its FY figures this March, has patiently been repairing its balance sheet for a new deal. By the summer it will have paid off the £2.9m purchases of PokerStars and Full Tilt in 2014.

This restorative approach has been at the steady hands of Amaya’s new CEO, Rafi Ashkenazi, who has just completed his first 12 months at the helm after replacing the group’s infamously risk-prone co-founder David Baazov.

Amaya pulled in almost £1bn in revenues over the year, 8 percent up on 2016, and with long term debt now totalling £1.51bn. Investors are evidently pleased; the group’s stock is up some 30 percent since Ashkenazi took over in March last year. Poker however, which makes up almost three quarters of the business, fell five percent in the period, while takings from the new casino and sportsbook verticals almost doubled.

With liquidity improving, the once cautious chief exec is turning towards dicier deals. “We are very open to acquisitions generally,” Ashkenazi told Canadian media, while disclosing the appointment of an M&A specialist, whose remit is to make a sports betting tie-up their “highest priority.”

The world’s number two poker firm, 888 Holdings, also had a strong year. But no thanks to poker either. Revenues climbed 18 percent to £400m in 2016, driven in the main by its largest division, online casinos, up 26 percent. Sports betting constituted a small but successful arm of the business, growing 58 percent to £47m. Yet 888’s poker revenues were also down, closing the year on $67m, a yearon- year fall of three percent.

“The strength of sports is making up for the relative weakness of poker and funnelling new players into the casino,” analysts at Peel Hunt remarked, overtly referring to 888’s year, but the same is true of Amaya. It’s fair to say poker is in a state of flux in 2017.

According to H2 Gambling Capital, poker’s share of the global online gaming market is down from 17 percent a decade ago, to 6 percent today. Amaya is said to be hoping for as many as seven US states to adopt igaming legislation this year, and reverse the downwards trend; Asia also holds distant promise. But given that both 888’s and Amaya’s poker revenue actually fell by three and five percent respectively last year, the case for diversification is clear. And as liberalisation now seems more substantial in sports betting, a tie-up with a bookmaker could be the logical choice. WILL IT BE HILL?

Speculation about 888 forging a deal has been circulating for many years, and CEO Itai Frieberger said this month he assumes the company will end up in a larger entity. He is still looking for the “right deal.”

Having withdrawn its Rank Group consortium bid for William Hill last August, 888 is now rumoured to be interested in rekindling interest in the British bookie.

Frieberger explained the bid had failed to demonstrate to Hill’s board that it would have been “win-win” scenario. Instead, “we learn from our mistakes.” Amaya also made headlines for coming close to a deal with the very same high street stalwart, only months after the 888- Rank attempt. Although talks were driven south by the bookies’ largest shareholder Parvus Asset Management.

For Ashkenazi, Hill is a “great company with a great brand” and despite the failed attempt, it would still make “a very good merger.” “You can never say that anything is dead,” Ashkenazi revealed. “Sometimes companies need time to reflect before they reengage in discussions.”