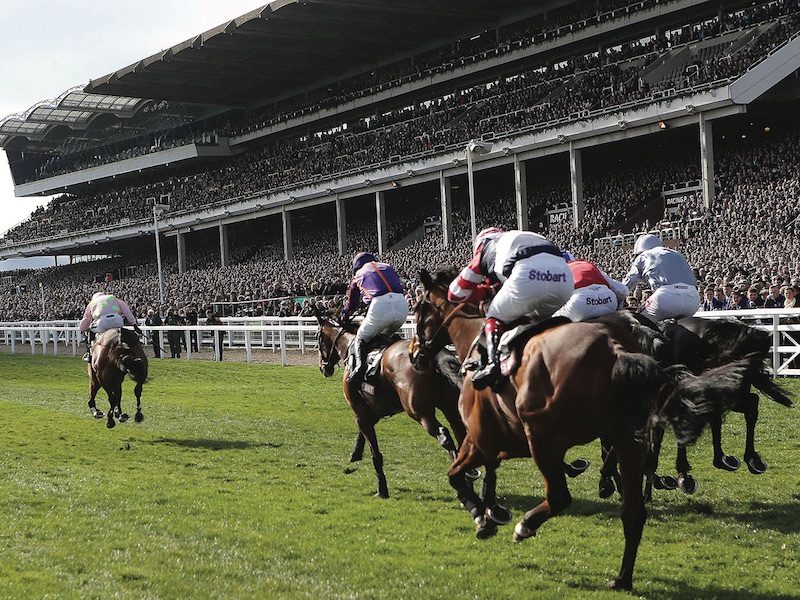 In stark contrast to last year’s horror show, the bookmakers have come out on top from Cheltenham 2017. A timely reprieve given the state of the industry’s post-merger balance sheets.

In light of the barrage of well-backed winners in December, and the string of merger-related losses posted throughout the month, a good Cheltenham was just what the industry needed. Early indications suggest bookmakers have had their best festival in very long time.

“After doing our conkers in last year there will be no profit warnings from the bookmakers this festival,” said Mark Pearson, a jubilant Betfred spokesperson.

Punters were falling behind almost from the start. The first big hit came on Wednesday when the fabled “banker stud”, Douvan, fell well short of expectations. Having won all his previous races Douvan was the solid component on many a highyielding accumulator slip, yet lost out to an 11-1 longshot; Douvan finished seventh.

A slew of more unlikely winners across the three days had riled punters to recoup their losses by piling in on the 3-1 favourite in Friday afternoon’s Gold Cup. Yet Djakadam lost out to the largely unbacked, Sizing John. The victory of a horse whom bookmakers had at only 7-1 marked a fitting end to the bookiefriendly week – a single win thought to have saved the industry £20m.

By Friday evening, net winnings are reported to have made a £70m swing to the bookies – a sharp reversal of last year’s £60m losses, and the £40m paid out to punters in 2015. “Punters have struggled to string two winners together,” celebrated David Williams, head of media at Ladbrokes Coral, “which was in sharp contrast to last year.” His particular firm reports 23 of 28 races went its way this year.

A profitable week is never expected at Cheltenham, but the odds were long in bookmakers’ favour this year. Thanks to a series of high profile injuries, there were few clear winners on the cards. “The fields are more open and more competitive – and in theory that should favour the bookies,” said William Hill’s newly appointed CEO Philip Bowcock before the meeting had begun.

An industry sighing in relief was palpable all the same. Last year not only saw “the worst festival in living memory,” but the worst December too when a string of unlikely football results triggered last minute profit warnings, virtually across the entire board. Notwithstanding some unfortunate political betting outcomes.

Indeed, March has been marked by bookmakers’ posting 2016 losses in droves. GVC reports a pretax loss of E138m for the year, Ladbrokes Coral £213m, and Paddy Power Betfair £5m. Granted, all have been due to hefty acquisition costs, but enough to make this meeting’s victory taste all the sweeter.

“A good Cheltenham doesn’t make our year,” reminds William Hill’s Ciaran O’Brien, “but a bad one can break it.”