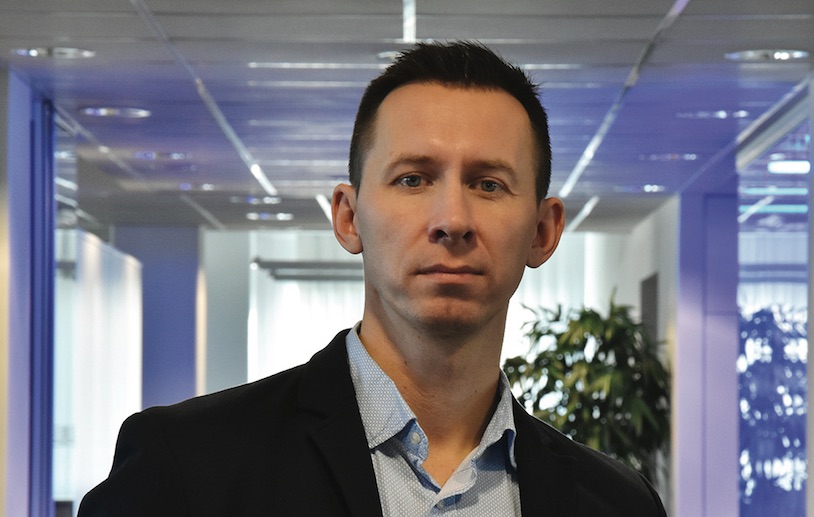 After two years of planning, payments firm Dimoco has convinced the UK’s largest telcos to allow their customers to charge betting and gaming activity to their phone bills. Betting Business spoke with igaming program director Rafal Nowak, who explained how the advent of carrier billing affords the industry access to hitherto untapped corners of the market.

Carrier billing – charging goods and services to your phone bill – became big business with the ringtone phenomenon in the nineties and naughties. Today it is commonly used to buy digital content – music, games, video-on-demand, dating – and in some countries even physical goods. It’s already the most used payment method in adult entertainment for example, and the third most used through Facebook.

Revenues via carrier billing in Europe are projected to rise 233 percent by 2021, to E11.5bn, yet until now this quick and convenient payment method has been off the cards for the gambling industry.

This year that changed. Thanks in the main to the success of the UK’s regulatory regime, a Vienna-based payments firm, Dimoco, has managed to win over the likes of EE, O2, Three and Vodafone, to start billing their customers’ payments for gaming and betting activity. Dimoco subsequently signed up its first gaming partner, EnergyBet, in January.

“As you know, gambling is a sensitive topic. Everyone touches it with velvet gloves, and mobile network operators are almost political bodies,” explains Rafal Nowak, igaming program director at Dimoco. “So the first country we’ve chosen is the mother of online gambling: the UK. The perception of gambling is totally different here: the regulated environment is working well, the Gambling Commission is doing a great job, and it’s very transparent. “Gambling is like selling milk,” he quips.

The Dimoco development offers the industry access to individuals thus far off the chart. Firstly, EnergyBet can now target those that don’t bank, and secondly, those who don’t have their card on them. But also the thousands of potential and willing consumers who fall at any one of the many hurdles required to verify an online gaming payment through their bank and on their phone. It’s a tedious process, says Nowak, that can take the “spur” out of what is often a momentary urge to bet.

“Online gambling is taking place on mobile platforms already,” he goes on. “We’re seeing companies like Paddy Power reporting that three quarters of players are using their mobile services, but the banking is still taking place on the PC.

“Try paying by credit card on a mobile. Nobody does that. It’s annoying, there are so many steps in between and there’s a high dropout rate. Usually people pay by PC, so the acquisition markets are suffering.”

Carrier billing on the other hand, can be as simple as a one click payment, partly because sufficient KYC checks have already been done at the merchant end when signing the phone contract. But in igaming, Nowak prefers one click that triggers a pin verification number sent via SMS “to ensure the most secure payment,” he adds. “But still, it’s just verifying the pin and it’s done.”

The same applies to marketing. Conversion rates on email marketing are at one percent, he explains. “But imagine you get an SMS message with a link, and click on it, and then you have the opportunity to pay with one click – £5, done – without any steps in between.”

In the UK, debit card penetration is exceptionally high – 91 percent of adults own one – so Briton-facing operators would benefit mainly from marketing; access to so-called “pajama payments” (when players don’t have their card on them); and those that tend to drop out through the mobile banking process.

Further afield however, in markets where mobile penetration far outstips debit card ownership, (in Poland for example, where there are more phones than people, but only half the population own a debit card and 16 percent own a credit card) carrier billing has the potential to double an operator’s access to a regulated market.

Such jurisdictions are not quite ready to take the plunge. In markets such as France, Italy, Poland and the Czech Republic, “the legal environment is all very fresh,” and the telecom companies can be “extremely conservative.”

“So we’d like to take the UK as an example to all the other markets to outline how serious, how regulated and how transparent a gambling market can be,” he says. “International igaming providers would love to have a unified scenario in Europe, so we will give them a unified scenario.” In the meantime anyone with a UK licence will benefit precisely because the payment method is off limits for unlicensed firms, and affords a level of ring-fencing that can make all the difference.

“For us, regulation is optimal,” he reiterates, “Assuming you have a licence you are welcome to use carrier billing, we don’t discriminate against anybody.” For large firms it means their market share is guarded against unregulated rivals, and for the first small firms that adopt it, they get “something like a monopoly position” over a cohort of payment types and individuals thus far off the map.

“And of course, it’s great for the Gambling Commission,” he considers, because it encourages people to get a licence.

“In other industries where carrier billing is already the number one payment method, it puts a lot of pressure on firms to use it. So in two to three years it will be a necessity to have carrier billing.”