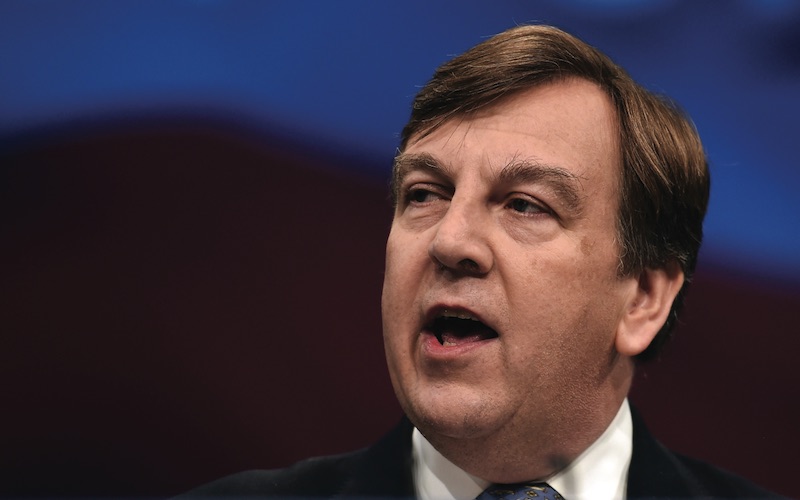 Britain’s bookmakers have been warned that a “significant change” to FOBTs stakes is in the wings, perhaps as soon as Easter. The question now rests on how low ministers are willing to go.

Bookmakers should brace themselves for “significant change”, says former culture secretary John Whittingdale, who expects the government to take “radical measures” on FOBTs this April.

Speaking at the ABB’s annual general meeting, the MP’s remarks give credence to a flurry of speculation that policymakers are preparing to reduce the maximum stake on B2 to either £10 or £20 per spin.

“I can’t say I would be surprised if there are quite radical measures produced when we come to it, and I think you should brace yourself,” the former minister advised.

Whittingdale, who oversaw gambling policy in Britain for six years under David Cameron, said that popular pressure and a lack of conviction would see the government adopt a “precautionary principle” in their review.

“They will say: we can’t say for certain it is damaging, but there are indicators that it is,” the MP added. “And therefore the sensible course is, rather than wait and have it proven that people are suffering, it is better to act now.”

While conceding that he was no longer in a position to know the government’s intention, his time working with the current minister for culture media and sport, Tracey Crouch, led him to assert: she is “not a great fan of FOBTs.”

He did however qualify that the treasury’s reliance on revenues from bookmakers is likely to temper the severity of the change, or at least move them to support the industry in the aftermath.

“I still think that even if there are controls on FOBTs,” he added, “the fact that half the population like a bet is not going to change, therefore there’s still a good future for your industry.”

ABB CEO, Malcolm George, estimates that a most punitive reduction to £2, would result in 21,000 jobs losses, and cost the chancellor £1bn by 2020. Ladbrokes Coral’s chief exec suggests more than half of all London betting shops would go under from a cut to £2.

Steve Donoughue, UK gambling consultant and secretariat to the All-Party Parliamentary Betting and Gaming Group, says a cut to £10 is more likely, but the direction of travel is clear.

Speaking at a Westminster eforum mid-March he advised delegates that the debate around FOBTs had “poisoned the well when it comes to gambling.”

A less damaging reduction to £10, he says, would still result in 2,000 shop closures nationwide. The results of the review are now widely expected to be announced after Easter.

After some months of consultation a statutory instrument would then be passed by parliament in the autumn.