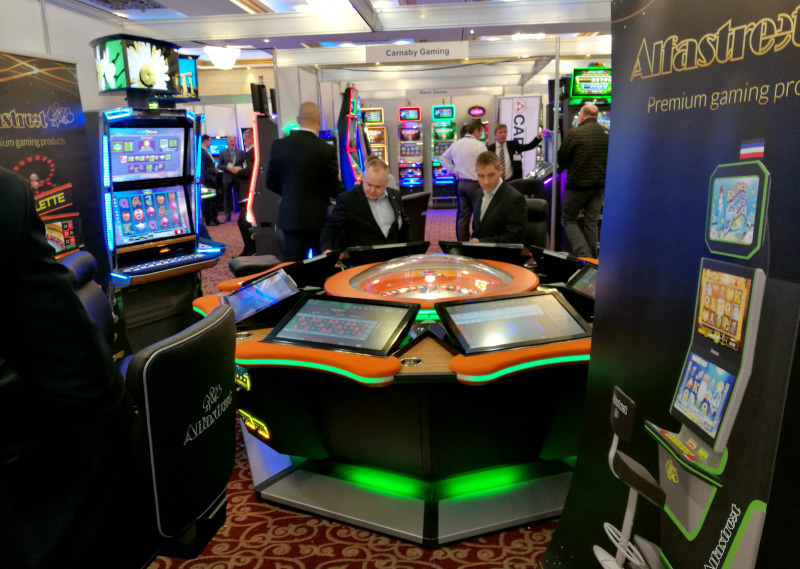 Alfastreet has affirmed its position on the Irish market following a successful exhibition in Dublin with key interest from major operators.

The 2017 edition of the Irish Gaming Show in Dublin has been hailed a success by Alfastreet with their products garnering interest from all major operators.

Alfastreet claims its progress on the market has been steady and concrete, with the company’s products outpacing any competition, making it a logical choice in replacing the obsolete products, that are still majorly represented on the island. The company highlights that the gaming business in Ireland is continuing on a wave of positive growth, which was demonstrated by a very good attendance from exhibitors and attendees alike.

Alfastreet’s popular stand featured its 8-station electronic Roulette Lucky 8, the latest addition to the company’s cabinet range, which was an immediate hit with operators who are queuing up for the first installations set to begin in the next month.

Ireland was also a key ground for the company’s software redesign for its two multigame stand alone units which has achieved very good results since the first installations in 2016. The new machine provides a vast selection of slot games and a selection of classic table games, such as Roulette, various poker versions, Baccarat, Dragon vs Tiger and Black Jack in a single package. The company claims the machine, boasting two 27” touch screen monitors, has been a distinct feature of Alfastreet products since the very beginning.

Alfastreet highlighted on the high demand from Irish operators and the company is discussing the possibility to implement its latest solutions, connecting multiple machines with the on-line gaming platform, into several venues. These features are considered an important technological upgrade for the popular electronic gaming saloons, vastly widening the accessibility for the target audience.

The growing number of Alfastreet units in Ireland is the confirmation of the efforts and investments into the market, providing the operators with modern, reliable and efficient products.