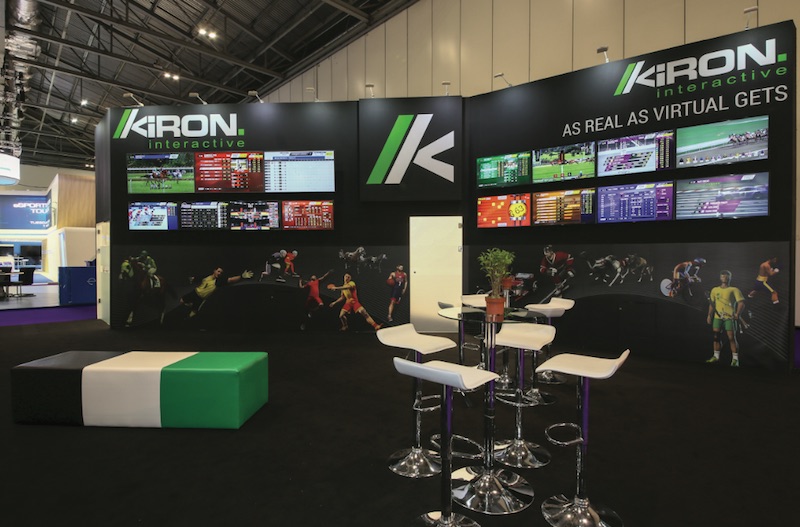 Kiron Interactive co-CEO, Steve Spartinos, talks up the company’s vast range of virtuals products at ICE 2017 – the most diverse portfolio in the industry – and how it helps operators break into some underserved jurisdictions.

Kiron Interactive’s stand at ICE 2017 was a nonstop-shop of activity, recording hundreds of visitors over the three day expo.

The two new titles, which both feature cutting edge graphics and sounds, cemented Kiron’s portfolio as the largest and most diverse in the industry.

“ICE is always the busiest event of the year and a great place to meet operators from around the world. This year’s show was Kiron’s most successful yet,” revealed Steven Spartinos, Kiron Interactive’s co-CEO.

“We’re always trying to enhance the depth and quality of our portfolio and we’ve done that with the additions of winter sports to our collection.”

Kiron is the first provider of virtuals to offer winter sports specifically devised by the company to help pry open new markets for operators.

Speed skating, for example, is aimed to find favour in Scandinavian territories, and other markets where winter-themed sports are the norm.

Yet the crossover could also suit other jurisdictions, because although speed skating may not be as popular in other areas of Europe, the core race mechanics of the game remain the same, as does the thrill and excitement.

“Hockey Shots and Speed Skating both generated a lot of attention when we unveiled them and we’re sure they will be successfully deployed with a range of different operators,” he added. “Kiron is always looking to stay one step ahead of its competitors and we are doing that by giving operators the chance to tailor their offerings to a range of markets.”

Another market Kiron has made steps into already this year is Romania, having recently become an official member of the Rombet Association.

Rombet, Romania’s gambling trade association, works directly with the government to help develop the latest regulatory legal framework for both landbased and online operators and providers.