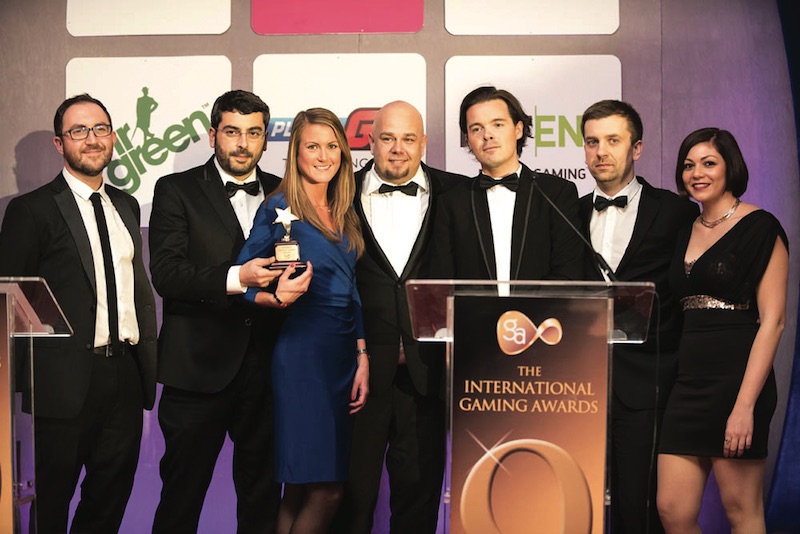 Speaking at the Yggdrasil Temple in London’s ExCeL Centre, CEO Fredrik Elmqvist offers up a flavour of his company’s core growth drivers, hopes for the year and why you can’t do it all at once.

The newly crowned “Innovator of the Year”, Yggdrasil Gaming has a lot to live up to in 2017. Last year’s financials were all littered with triple figure growth figures, and with numerous awards, industry-firsts, and now a host of new European licences to exploit, there’s nothing to suggest this streak is petering out.

Speaking atop the bustling Yggdrasil Temple at ICE 2017, CEO Fredrik Elmqvist was clearly enjoying the prospect of sharing his thoughts on the company’s strengths and prospects in the year ahead.

Top of Elmqvist’s points of pride is Yggdrasil’s iSense technology – a farsighted move away from the clunky flash – and one that has opened more than a few doors for the firm in recent months.

“Flash is dead,” says Elmqvist. “You can see it with the new google chrome releases; there are more limitations in what they support.

“If players have to download extra plugins and so on to play the products, they’re not going to bother. And operators are going to say: the more flash games we have the more problems we’re going to have.”

In anticipation of this shift in opensource software, Yggdrasil was ahead of the pack in developing its own html5 alternative: iSense 2.0. Game loading times are far shorter (around 6.5 seconds); it works on mobile and desktop without additional software or downloads, and crucially there are no extra plugins required.

“It allows us to produce really rich media games: with nice animations and so forth but still within our game plan,” says Elmqvist. “So I think that is also one of our winning tricks, it’s a really good technology and loads very quickly.”

Another advantage of having such a slick system, is it helps to recruit the best animators in the business. “We have animators that want to come work for us because they see we have such a good client technology,” he adds. “They say if I do good animations the last thing I want is for the client developers to massacre it because they can’t run it properly.”

Asides from the foresight in recognising this shift, far before it’s too late. Yggdrasils’

“iSense is the enabler of our promotional tools,” says the CEO. “This was an industry first.”

Yggdrasil’s promotional tools – BOOST – including Super Free Spins, Cash Race and BRAG (which allows players to share their scores online) – are all accessible in the game, he explains.

“So instead of a leader board, when you’re in the game on mobile or desktop you see your position, so you’re incentivised to keep playing.”

As a result Yggdrasil’s retention rates are second to none; player transactions grew by a phenomenal 410 percent in the last quarter alone. Boost means rewards earned can also be transferred between different games easily and the system can give players automated payouts in real-time. “It’s super easy and slick for the operators,” he adds. “Operators have been coming and thanking us because they don’t have that post campaign administration: it’s all done, players get the money, so we’re solving a big problem. That’s the reason operators are spending more money on marketing our games.”

Key to these innovations bearing fruit however, is market access. Now armed with an operational UK gaming licence, a Gibraltan B2B remote licence, two permits for Romania and a breach into the vast Italian market, there’s no shortage of takers for the Yggdrasil platform.

“The UK is still untapped for us, we signed William Hill only recently, and we have other major operators interested in us,” he explains. “But Europe is more than enough, at least for the next 18 months.”

Elmqvist has signed contracts with 20 operators in the last year, more than enough to be getting on with. Yet he admits he has one eye fixed on developments in the US, and reveals that a number of big casinos have expressed their interest in the firm.

“But can we do it?” he asks. “We are growing fast but we’re still only 100 people, and already embracing a lot of opportunities.

“We’d love to be there now, but we’re running as fast as we can, and we can’t be running all over the globe,” he concedes. “We need to save some growth for later as well.”